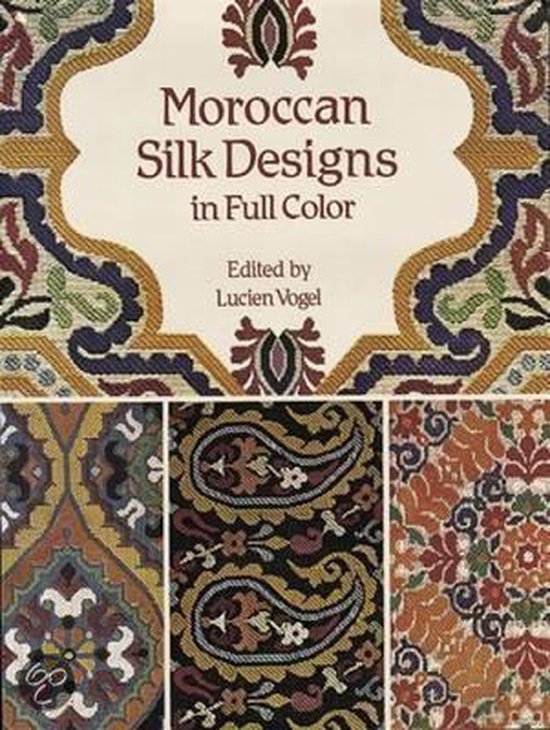 Gathered from a rare French portfolio, here are 59 exquisite, royalty-free motifs  mainly florals and foliates  incorporating Romanesque, Byzantine, Persian, Far Eastern, and traditional Moroccan motifs.
Fès (Fez), one of the oldest and most important cities in Morocco, has long been a center for the practice of Islamic crafts, including brasswork, leatherwork, pottery, textiles, and embroidery. Among the most admired textiles produced in the city are the ornamental belts women wear under their caftans on festive occasions. Originally the designs were simple and the colors somber, but over the years the complexity of design increased and the colors became more flamboyant. One startling effect is the sudden change of coloration of a pattern in the same belt, as shown in several of the plates included here. In some instances, there is a sudden discontinuity of pattern within one woven fabric; in others, two patterns from two fabrics sewn together.
At the center of commerce in the Near East, Fès was subject to many influences, some of which  including Romanesque, Byzantine, Persian, Rhodian, and Far Eastern textiles  are reflected in these designs. Two motifs are typically Moroccan: a combination of the hand of Fatima and Solomon's Seal; and the mihrab and minbar of mosque architecture.