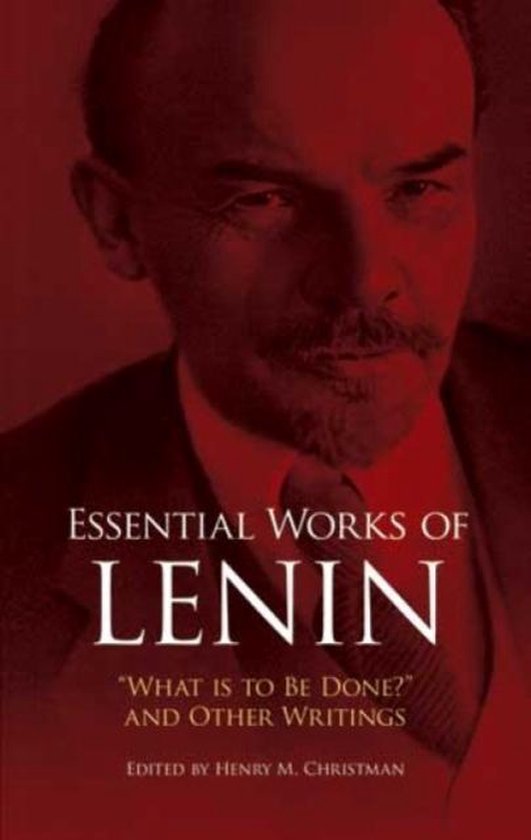 Among the most influential political and social forces of the twentieth century, modern communism rests firmly on philosophical, political, and economic underpinnings developed by Vladimir Ilyich Ulyanov, later known as Lenin. In this volume, comprising the four works generally considered his most important publications, Lenin presents the goals and tactics of Communism with remarkable directness and forcefulness.
His first major work was The Development of Capitalism in Russia, written in prison after Lenin had been arrested for anti-government activities in 1895. Represented here by key sections, the book developed a number of crucial concepts, including the significance of the industrial proletariat as a revolutionary base. What Is to Be Done?, long regarded as the key manual of Communist action, is presented complete, containing Lenin's famous dissection of the Western idea of the political party along with his own concept of a monolithic party organization devoted to achieving the goal of dictatorship of the proletariat. Also presented complete is Imperialism, the Highest Stage of Capitalism, in which Lenin examines the final "parasitic" stage of capitalism. Finally, this volume includes the complete text of The State and Revolution, Lenin's most significant work, in which he totally rejects the institutions of Western democracy and presents his vision of the final perfection of Communism.
For anyone who seeks to understand the twentieth century, capitalism, the Russian revolution, and the role of Communism in the tumultuous political and social movements that have shaped the modern world, the essential works of Lenin offer unparalleled insight and understanding. Taken together, they represent a balanced cross-section of this revolutionary theories of history, politics, and economics; his tactics for securing and retaining power; and his vision of a new social and economic order.