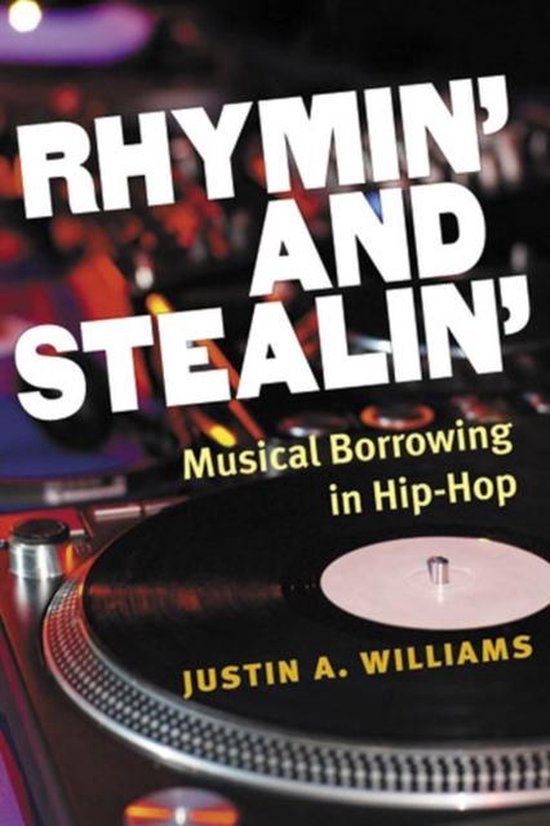 It has long been commonplace to speak of hip-hop as a form of music deeply reliant on borrowing, especially when it comes to sampling. And yet, until now, almost no one has seriously investigated these critical elements, except to judge them on ethical and legal grounds. In Rhymin' and Stealin', Justin Williams presents the first book-length study to approach hip-hop intertextuality from a musicological perspective. Using examples from Nas, Jay-Z, A Tribe Called Quest, Eminem, and many others, Williams shows that the transformation of preexisting material is the fundamental element of hip-hop aesthetics, detailing how it works and situating it within the context of other music forms. Whether by taking a familiar dance move, quoting a famous speech, or sampling a rapper or 1970s funk song, by appropriating and reappropriating these elements, hip-hop artists transform something old into something new, something different, something quintessentially hip-hop. Although all music genres use and adapt preexisting material in different ways, hip-hop music celebrates and flaunts its open source culture through highly varied means. Indeed, within hip-hop culture there exists a constantly evolving web of reference both to the genre's own past and to other musical and cultural forms. This web of references, borrowed material, and digitally sampled sounds forms the basis of this book.