Crime in the Public Mind 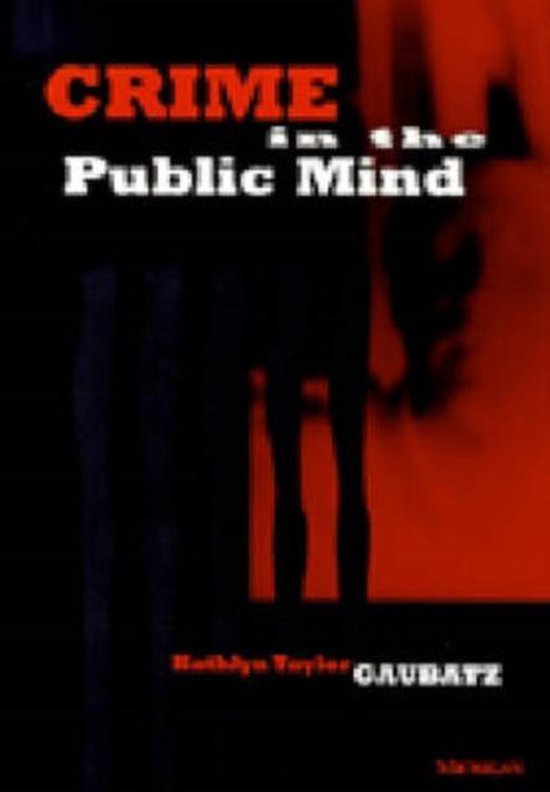 Crime in the Public Mind explores the politics of crime and criminal justice, examining in depth what Americans think about penalties for criminal offenders. While some are resigned, others are desperate; a few are hopeful and forgiving, but most are frustrated and angry. In fact, fully eighty percent of the population believes that the court system should deal more harshly with criminal offenders. In this readable account, Kathlyn Taylor Gaubatz makes use of intensive interviews with Americans from varied walks of life in order to reveal the fascinating nuances in the public's views on criminal justice, and in their motivations for holding these views. She questions our easy acceptance of the very existence of a public consensus around such a complex, intractable issue as crime. Why do Americans support harsh penal policies when crime rates are actually falling? How does this attitude square with our increasingly liberal social ideas? What logic is there to support stiff sentencing when the vast majority of the public acknowledges that prisons have been powerless to reduce crime in our nation to an acceptable level? The author powerfully weaves narratives from those she interviewed to construct an in-depth theory about who joins and who spurns the consensus on criminal justice. She explores the complex relationship between our political beliefs and our attitudes toward crime, revealing in some cases a telling dissonance. Through careful argumentation and demonstration, Crime in the Public Mind concludes that Americans have become harsher on crime not in spite of becoming more liberal on a variety of other social issues, but at least in part because we have done so. At a time when crime has been called the political issue of the decade, Crime in the Public Mind forces us to confront our assumptions, to sort through our fear. It gives us an opportunity to balance our desire for safety and our desire to see justice done with our innate compassion and understanding. By exposing the paradoxes of our beliefs, the author pushes us to reconsider whether incarceration really is the answer to every criminal offense and invites us to contemplate saner and perhaps more effective approaches to criminal justice. In the great tradition of Robert Lane's Political Ideology, Gaubatz has discovered that what the 'common man' (and woman) believes about crime and punishment is more complicated than the polling numbers would allow. While clearly in sympathy with those who dissent from get-tough approaches, she offers a balanced, insightful, and timely understanding of public attitudes about criminal justice. Experts, policymakers, students, and concerned citizens should read this fine book. - John J. DiIulio, Jr., Princeton University and Director, Brookings Institution Center for Public Management Kathlyn Taylor Gaubatz holds a Ph.D. in politics from Princeton University and is Executive Director of a non profit agency that provides housing, counseling, child-care, and other services to homeless families and individuals in San Franciso.