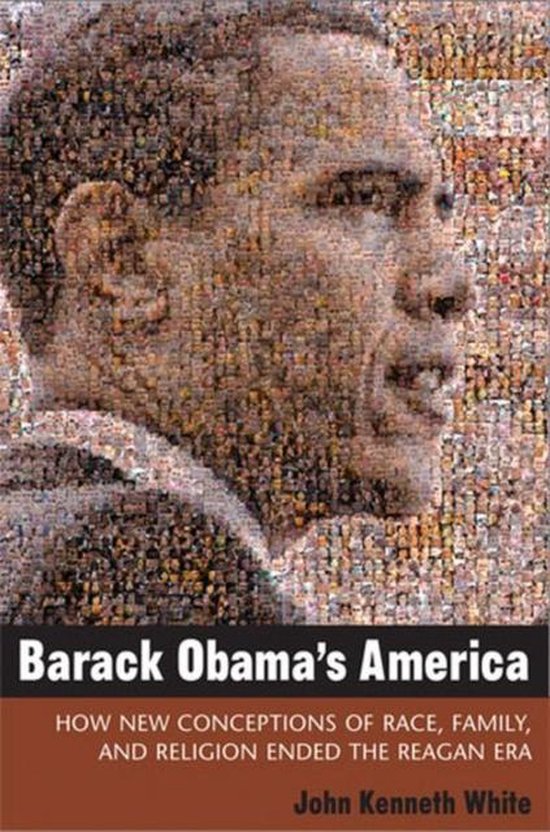 The election of Barack Obama to the presidency marks a conclusive end to the Reagan era, writes John Kenneth White in Barack Obama's America . Reagan symbolized a 1950s and 1960s America, largely white and suburban, with married couples and kids at home, who attended church more often than not. Obama's election marks a new era, the author writes. Whites will be a minority by 2042. Marriage is at an all-time low. Cohabitation has increased from a half-million couples in 1960 to more than 5 million in 2000 to even more this year. Gay marriages and civil unions are redefining what it means to be a family. And organized religions are suffering, even as Americans continue to think of themselves as a religious people. Obama's inauguration was a defining moment in the political destiny of this country, based largely on demographic shifts, as described in Barack Obama's America . It joins such moments as the influx of Catholic immigrants into Franklin D. Roosevelt's Democratic party in 1932, the married white suburbanites banding behind Richard Nixon in 1968, and that same group of voters throwing their support behind Ronald Reagan's GOP in 1980. This new book combines White's research into social science reports, census data, books and articles on or about the culture wars, popular culture, journalism, and observations from his own family life. It's not just a story about contemporary politics, Ronald Reagan, or Barack Obama: it's about the changes happening in America, the ones that we live day in and day out as part of our personal lives.