I Want to be Ready: Improvised Dance as a Practice of Freedom 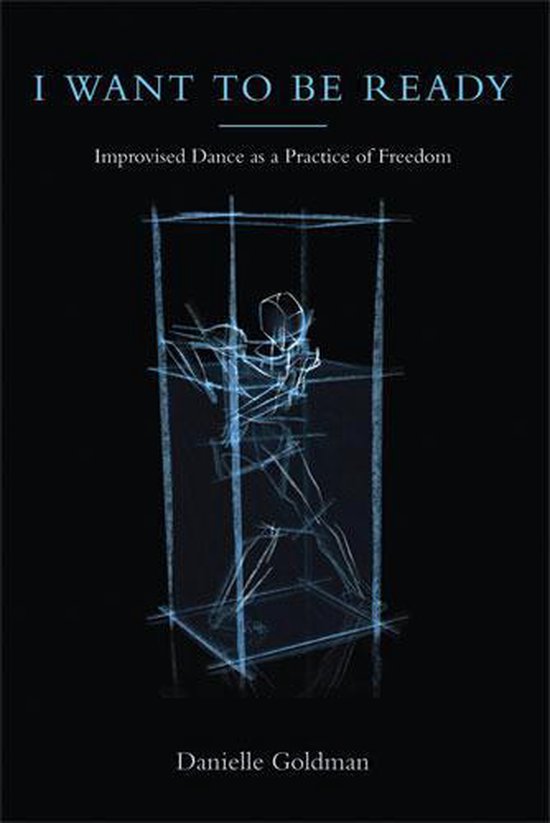 "Danielle Goldman's contribution to the theory and history of improvisation in dance is rich, beautiful and extraordinary. In her careful, rigorously imaginative analysis of the discipline of choreography in real time, Goldman both compels and allows us to become initiates in the mysteries of flight and preparation. She studies the massive volitional resources that one unleashes in giving oneself over to being unleashed. It is customary to say of such a text that it is 'long-awaited' or 'much anticipated'; because of Goldman's work we now know something about the potenza, the kinetic explosion, those terms carry. Reader, get ready to move and be moved."
---Fred Moten, Duke University

"In this careful, intelligent, and theoretically rigorous book, Danielle Goldman attends to the 'tight spaces' within which improvised dance explores both its limitations and its capacity to press back against them. While doing this, Goldman also allows herself---and us---to be moved by dance itself. The poignant conclusion, evoking specific moments of embodied elegance, vulnerability, and courage, asks the reader: 'Does it make you feel like dancing?' Whether taken literally or figuratively, I can't imagine any other response to this beautiful book."
---Barbara Browning, New York University

"This book will become the single most important reflection on the question of improvisation, a question which has become foundational to dance itself. The achievement of I Want to Be Ready lies not simply in its mastery of the relevant literature within dance, but in its capacity to engage dance in a deep and abiding dialogue with other expressive forms, to think improvisation through myriad sites and a rich vein of cultural diversity, and to join improvisation in dance with its manifestations in life so as to consider what constitutes dance's own politics."
---Randy Martin, Tisch School of Arts at New York University

I Want To Be Ready draws on original archival research, careful readings of individual performances, and a thorough knowledge of dance scholarship to offer an understanding of the "freedom" of improvisational dance. While scholars often celebrate the freedom of improvised performances, they are generally focusing on freedom from formal constraints. Drawing on the work of Michel Foucault and Houston Baker, among others, Danielle Goldman argues that this negative idea of freedom elides improvisation's greatest power. Far from representing an escape from the necessities of genre, gender, class, and race, the most skillful improvisations negotiate an ever shifting landscape of constraints. This work will appeal to those interested in dance history and criticism and also interdisciplinary audiences in the fields of American and cultural studies.

Danielle Goldman is Assistant Professor of Dance at The New School and a professional dancer in New York City, where she recently has danced for DD Dorvillier and Beth Gill.