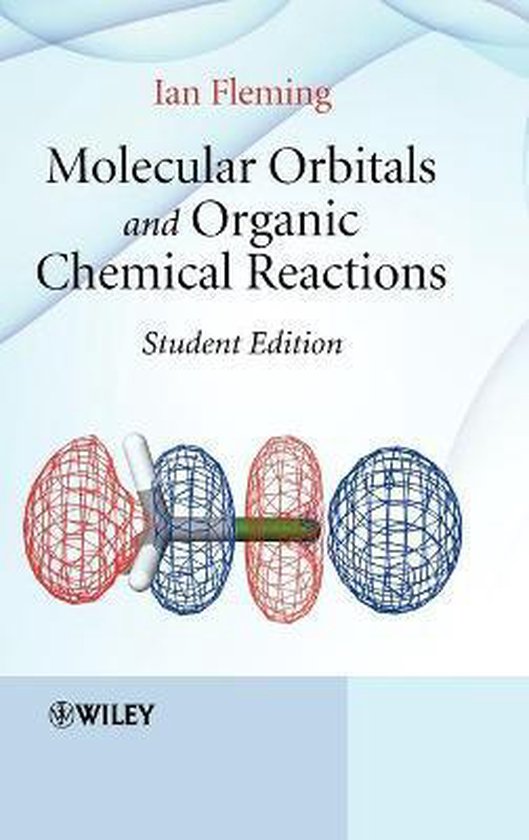 Winner of the PROSE Award for Chemistry & Physics 2010Acknowledging the very best in professional and scholarly publishing, the annual PROSE Awards recognise publishers' and authors' commitment to pioneering works of research and for contributing to the conception, production, and design of landmark works in their fields. Judged by peer publishers, librarians, and medical professionals, Wiley are pleased to congratulate Professor Ian Fleming, winner of the PROSE Award in Chemistry and Physics for Molecular Orbitals and Organic Chemical Reactions.Molecular orbital theory is used by chemists to describe the arrangement of electrons in chemical structures. It is also a theory capable of giving some insight into the forces involved in the making and breaking of chemical bonds--the chemical reactions that are often the focus of an organic chemist's interest. Organic chemists with a serious interest in understanding and explaining their work usually express their ideas in molecular orbital terms, so much so that it is now an essential component of every organic chemist's skills to have some acquaintance with molecular orbital theory.Molecular Orbitals and Organic Chemical Reactions is both a simplified account of molecular orbital theory and a review of its applications in organic chemistry; it provides a basic introduction to the subject and a wealth of illustrative examples. In this book molecular orbital theory is presented in a much simplified, and entirely non-mathematical language, accessible to every organic chemist, whether student or research worker, whether mathematically competent or not. Topics covered include: * Molecular Orbital Theory * Molecular Orbitals and the Structures of Organic Molecules * Chemical Reactions -- How Far and How Fast * Ionic Reactions -- Reactivity * Ionic Reactions -- Stereochemistry * Pericyclic Reactions * Radical Reactions * Photochemical Reactions Slides for lectures and presentations are available on the supplementary website: www.wiley.com/go/fleming-studentMolecular Orbitals and Organic Chemical Reactions: Student Edition is an invaluable first textbook on this important subject for students of organic, physical organic and computational chemistry.The Reference Edition edition takes the content and the same non-mathematical approach of the Student Edition, and adds extensive extra subject coverage, detail and over 1500 references. The additional material adds a deeper understanding of the models used, and includes a broader range of applications and case studies. Providing a complete in-depth reference for a more advanced audience, this edition will find a place on the bookshelves of researchers and advanced students of organic, physical organic and computational chemistry. Further information can be viewed here. These books are the result of years of work, which began as an attempt to write a second edition of my 1976 book Frontier Orbitals and Organic Chemical Reactions. I wanted to give a rather more thorough introduction to molecular orbitals, while maintaining my focus on the organic chemist who did not want a mathematical account, but still wanted to understand organic chemistry at a physical level. I'm delighted to win this prize, and hope a new generation of chemists will benefit from these books. -Professor Ian Fleming