The Tudors For Dummies 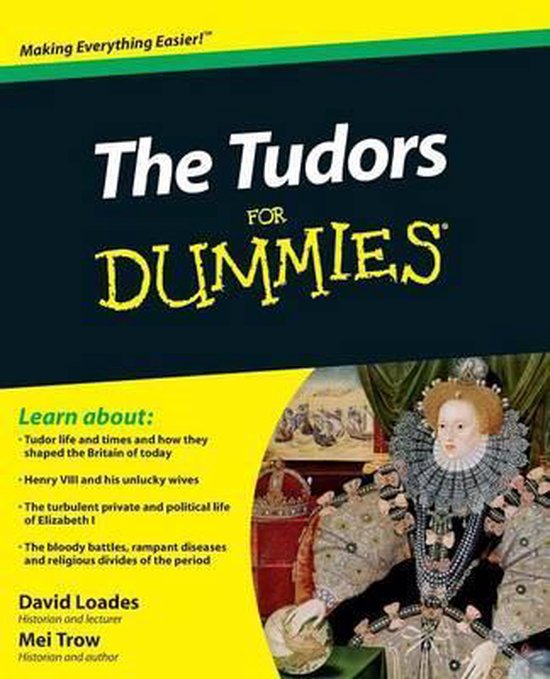 This entertaining guide covers the period from 1485 to 1603, exploring the life and times of everyday people (from famine and the flu epidemic, to education, witchcraft and William Shakespeare) as well as the intrigues and scandals at court. Strap yourself in and get ready for a rollercoaster ride through the romantic and political liaisons of Henry VIII and Elizabeth I - and that's not all! Information on surviving Tudor buildings, such as Hampton Court, adds a contemporary twist for readers wanting to bring history to life by visiting these historic sites.


The Tudors For Dummies includes:


Part I: The Early Tudors

Chapter 1: Getting to Know the Tudors

Chapter 3: Cosying Up With the First Tudor** **

Chapter 5: How Henry Ran his Kingdom

Chapter 10: Northumberland, Lady Jane Grey and the Rise of Mary

Chapter 11: What Mary Did

Chapter 12: Weighing Up War and Disillusionment

Chapter 13: The Queen and her Team

Chapter 17: Understanding the Trouble in Ireland

Chapter 18: Passing on the Baton - Moving from Tudors to Stewarts


Part V: The Part of Tens

Chapter 20: Ten Things the Tudors Did For Us