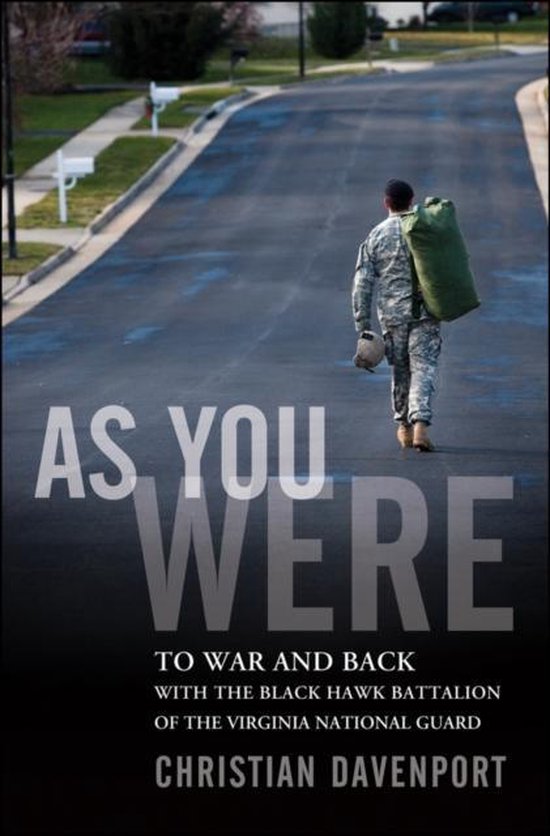 "A powerful, enraging, tear-jerking reminder of how so few Americans have sacrificed so much during the so-called' war on terror'. the best kind of war book." - Alex Kershaw, author of The Bedford Boys and Escape from the Deep "Through the voices and experiences of five very diverse members of the Virginia National Guard, As You Were gives the great majority of Americans who have not been sent to war a sense of the experiences of our citizen-soldiers and the family, employment, and health problems they face reentering American society after experiencing combat." - David R. Segal, Drector, Center for Research on Military Organization, University of Maryland"A sad, stirring, sometimes maddening story. Christian Davenport writes not so much about combat, but rather the home front-the struggles of the families left behind while their providers go off to war and of the solders themselves as they stagger back to a civilian world that declines to reward, or even betrays, their sacrifice." - Fred Kaplan, "War Stories" columist, Slate; author of Daydream Believers: How a Few Grand Ideas Wrecked American Power