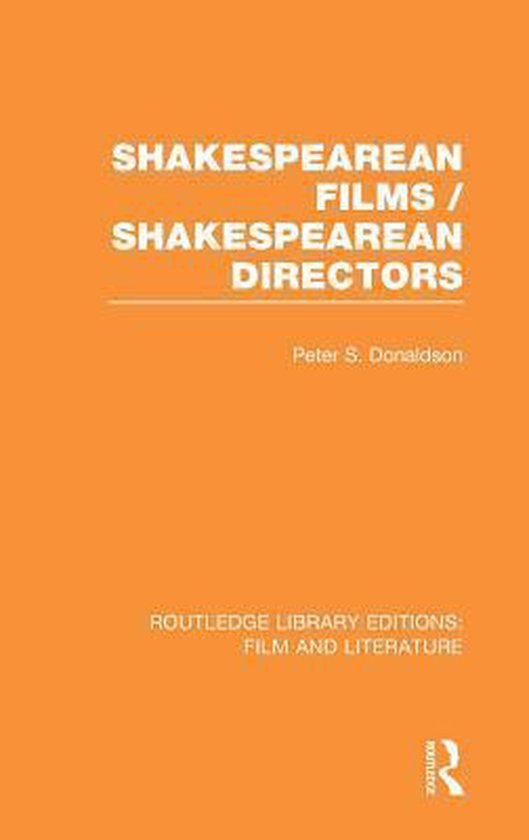 Originally published in 1990, this book brought a new rigor and subtlety to the interpretation of film adaptations of Shakespeare. Drawing on traditional literary analysis, psychoanalysis, and current film theory about gender and subjectivity, the author combines close readings of seven films with historical and biographical studies of the directors who made them. Offering substantial readings of Jean-Luc Godard's controversial deconstructed King Lear and of Liz White's independent African-American Othello, Donaldson also applies his provocative and contemporary point of view to more familiar films. He reads Olivier's Henry V in relation to its treatment of sexual difference; Olivier's Hamlet in part as an expression of the director's childhood sexual trauma; Kurosawa's Throne of Blood as an allegory of the relationship between Western and Japanese cinema; and Zeffirelli's immensely popular Romeo and Juliet in the light of its powerful homoerotic subtext. With striking perspectives on Shakespeare, on the movies as an expressive medium, and on the complex processes of cultural change, this is timeless useful reading for teachers and students of film and literature.