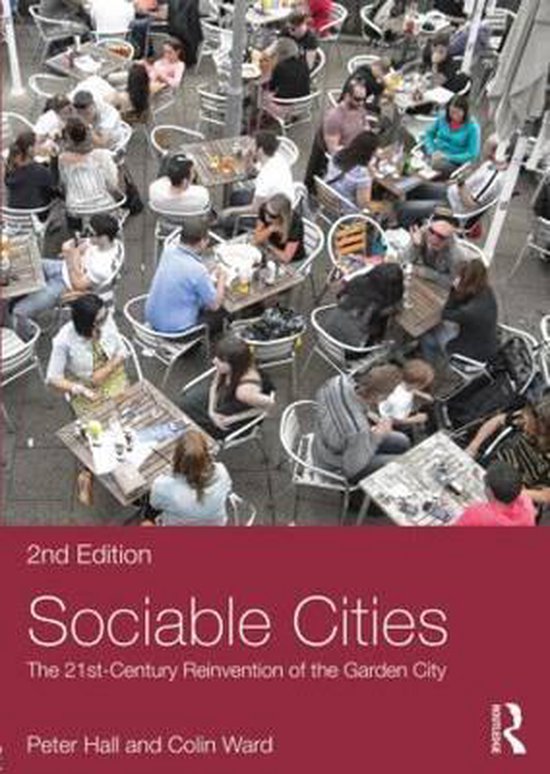 Peter Hall and Colin Ward wrote Sociable Cities to celebrate the centenary of publication of Ebenezer Howard's To-morrow: A Peaceful Path to Real Reform in 1998 - an event they then marked by co-editing (with Dennis Hardy) the magnificent annotated facsimile edition of Howard's original, long lost and very scarce, in 2003. In this revised edition of Sociable Cities, sadly now without Colin Ward, Peter Hall writes: 'the sixteen years separating the two editions of this book seem almost like geological time. Revisiting the 1998 edition is like going back deep into ancient history'. The glad confident morning following Tony Blair's election has been followed by political disillusionment, the fiscal crash, widespread austerity and a marked anti-planning stance on the part of the Coalition government. But - closely following the argument of Good Cities, Better Lives: How Europe discovered the Lost Art of Urbanism (Routledge 2013), to which this book is designed as a companion - Hall argues that the central message is now even stronger: we need more planning, not less. And this planning needs to be driven by broad, high-level strategic visions - national, regional - of the kind of country we want to see. Above all, Hall shows in the concluding chapters, Britain's escalating housing crisis can be resolved only by a massive programme of planned decentralization from London, at least equal in scale to the great Abercrombie plan seventy years ago. He sets out a picture of great new city clusters at the periphery of South East England, sustainably self-sufficient in their daily patterns of living and working, but linked to the capital by new high-speed rail services. This is a book that every planner, and every serious student of policy-making, will want to read. Published at a time when the political parties are preparing their policy manifestos, it is designed to make a major contribution to a major national debate.