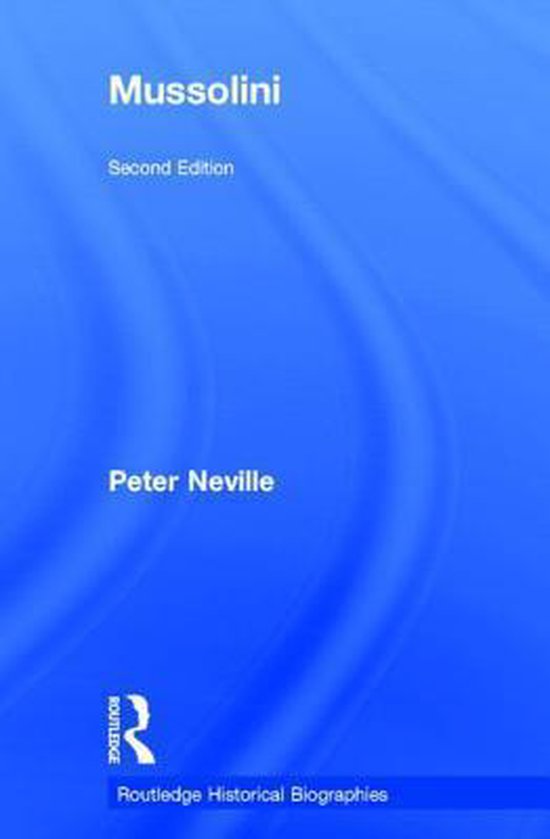 This new edition of Peter Neville's Mussolini traces and analyses the life of one of the most fascinating twentieth century European dictators, Benito Mussolini, while placing his life in its historic Italian context. Engaging and accessible, the Duce's career is traced from his roots as a journalist and socialist to his capture and execution in 1945, addressing crucial issues throughout: was Mussolini really a far right ideologist, or simply a political opportunist? How successful was he at communicating his core beliefs to the Italian people? This thoroughly updated new edition synthesises the scholarship of the last ten years to consider Italian atrocities in Africa, and the reaction to them by ordinary Italians, in addition to a consideration of the relationship between Mussolini and Hitler while other periods of Mussolini's life are expanded upon and reconsidered. Finally, the author considers Mussolini's legacy and his continuing influence in modern Italy. This biography gives students a useful analytical introduction to the period and the man and provides an explanation of what fascism was and why it resonated with so many people in Italy. It will be essential reading for all students of modern Italy and the history of fascism.