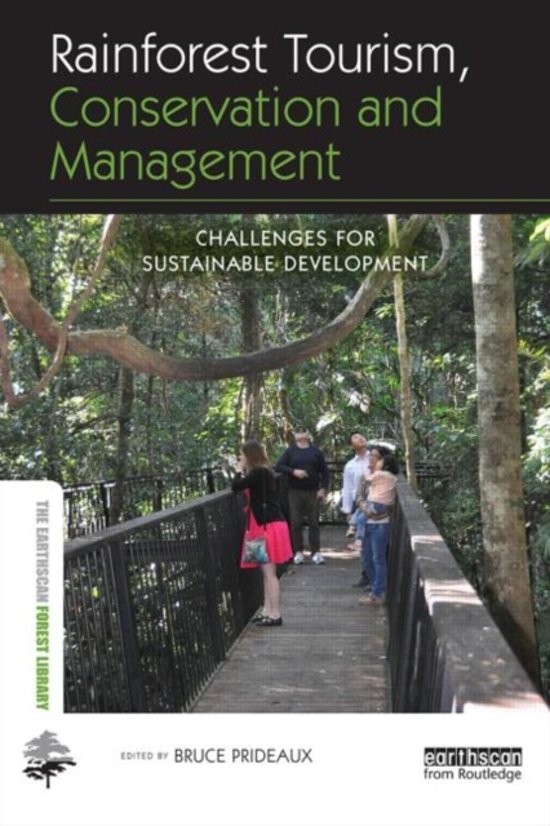 Globally rainforests are under threat on numerous fronts, including clearing for agriculture, harvesting for timber and urban expansion. Yet they have a crucial role in biodiversity conservation, climate change mitigation and providing other ecosystem services. As the term is used in this book, rainforests include both temperate and tropical, although the emphasis is on tropical rainforests. Rainforests are also attractive tourist spaces and where they have been used as a tourism resource have generated significant income for local communities. However not all use of rainforests as a tourism resource has been sustainable. This book argues that sustainability must be the foundation on which tourism use of this complex but ultimately fragile ecosystem must be built upon. It provides a multi-disciplinary perspective, incorporating rainforest science, management and tourism issues. The book is organized into four sections commencing with Rainforest Ecology and Management followed by People and Rainforests, Opportunities for Rainforest Tourism Development and finally Threats to Rainforests. Each major rainforest region is covered, including the Amazon, Central America, Africa, Australia and south-east Asia, in the context of a specific issue. For example rainforests in Papua New Guinea are examined in the context of community-based ecotourism development, while the rainforests in Borneo are discussed in an examination of wildlife issues. Other issues covered in this manner include governance, empowerment issues for rainforest peoples and climate change.