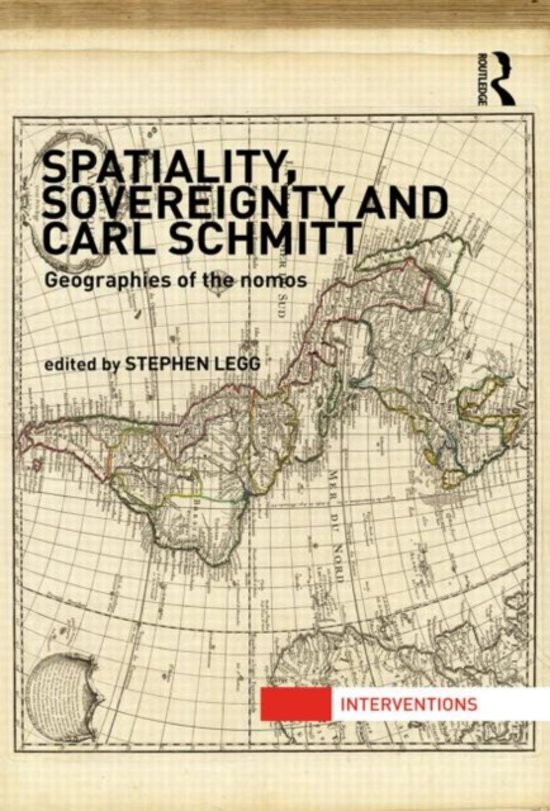 The writings of Carl Schmitt are now indissociable from both an historical period and a contemporary moment. He will forever be remembered for his association with the National Socialists of 1930s Germany, and as the figure whose writings on sovereignty, politics, and the law provided justification for authoritarian, decisional states. Yet at the same time, the post-September 11th 2001 world is one in which a wide range of scholars have increasingly turned to Schmitt to understand a world of "with us or against us" Manichaeism, spaces of exception which seem to be placed outside the law by legal mechanisms themselves, and the contestation of a uni-polar, post-1989 world. This attention marks out Schmitt as one of the foremost emerging theorists in critical theory and assures his work a large and growing audience.

This work brings together geographers, and Schmitt experts who are attuned to the spatial dimensions of his work, to discuss his 1950 work The Nomos of the Earth in the International Law of the Jus Publicum Europaeum. Explaining the growing audience for Schmitt’s work, a broad range of contributors also examine the Nomos in relation to broader debates about enmity and war, the production of space, the work of Michel Foucault and Giorgio Agamben, and the recuperability of such an intellect tainted by its anti-Semitism and links to the Nazi party.

This work will be of great interest to researchers in political theory, socio-legal studies, geopolitics and critical IR theory