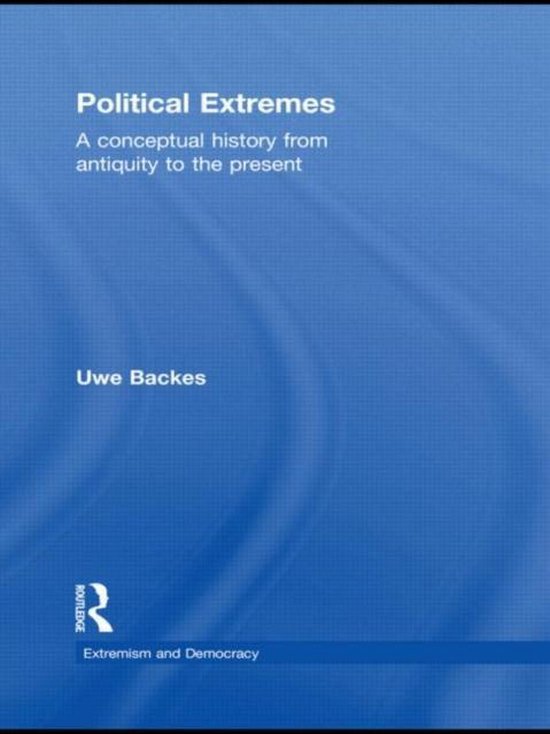 The Western tradition of the constitutional state, with its ancient roots, defines political extremes as the epitome of that what must be absolutely rejected. It highlights tyranny, despotism, despotic rule, non-autonomy, ruthless enforcing of interests as 'extreme', contrasting this to a virtuous mean which guarantees moderation. In this volume, the culmination of twenty years of extensive research, Uwe Backes provides a conceptual history of the notions extreme and extremism from antiquity to the present day. The terminological history of political extremes had been related for more then two millennia with the term mesotes used in the Aristotelian ethics and the theory of mixed constitution. Both doctrines influenced the republicanism of the North Italian city states and later the United States of America as well as British parliamentarism. The positions of moderation and extremes were not joined until the course of the French Revolution with the distinction of right- and left-wing, and this is how it still exists today in the intellectual-political geography. This unique source based study reconstructs these developments from ancient times to the present. Tracing the history of the concept of political extremism from Ancient Greece to the present day, this is an invaluable resource for scholars of democracy, extremism and political sociology.