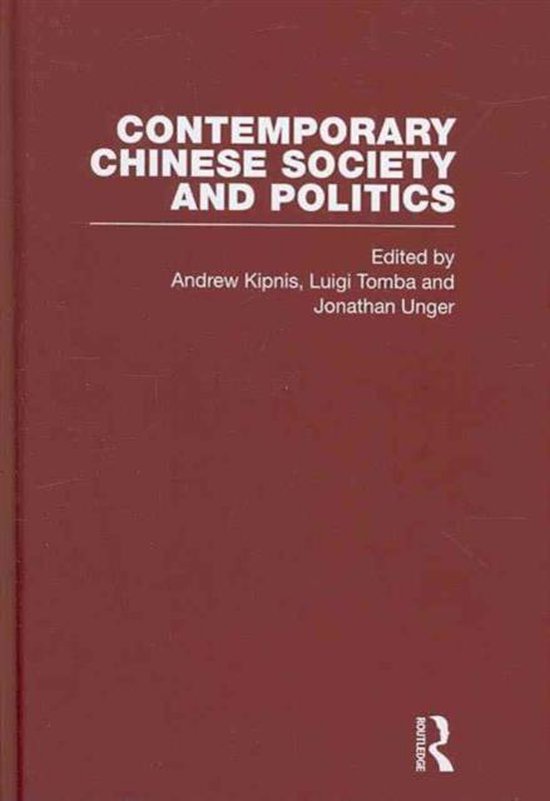 Chinese society and its political system are predicated on traditions of governing that are deeply alien to most readers from liberal, Western powers. Chinese governance reflects both a long, indigenous tradition of statecraft and the Leninist legacies of the People's Republic's ruling Communist Party. As China becomes ever more powerful-economically, diplomatically, militarily, and culturally-it becomes increasingly important to understand its governing dynamics. But to what extent can social-science theories of political rule, hierarchy and power, class formation, economic development, urbanization, and demographic and family transition, which were developed in Western contexts, explain China's societal and political dynamics? What sorts of theoretical language have emerged from the study of Chinese society and politics, and how might these theories enable social scientists to view social and political dynamics in other parts of the world in a new light? Contemporary Chinese Society and Politics, a new four-volume Major Work from Routledge, explores and answers these and other urgent questions by collecting the best foundational and cutting-edge scholarship on Mao-era and contemporary Chinese society and politics. The collection adopts a dual approach. On the one hand, to address the increasing fascination about China among Western scholars and students from a number of disciplines, it collects the best work that empirically describes Chinese society and its politics. On the other hand, to examine the theoretical implications of the study of Chinese society for Western social science, it also brings together the best work to have used empirical examinations of the People's Republic to interrogate theories developed in Western contexts or to develop new theoretical positions. The editors have in particular paid especial attention to cases where debates have arisen about the proper ways of describing and theorizing Chinese governance and social dynamics. The first volume in the collection ('The Maoist Era') brings together the best work to have been published on Chinese society and politics in the Maoist period (1949-76). Volume II ('Politics and Social Institutions'), meanwhile, collects the key research dealing with both the theoretical implications and the empirical complexities of the post-Mao evolution at the highest level of the political leadership. The distinctions between urban and rural are especially significant in the People's Republic, not least because of China's system of residential registration which denies rural residents any right to live permanently in a city, and the final two volumes are organized with these fundamental distinctions in mind. Volume III ('Urban China') gathers the best work on topics including: urban spaces (e.g. the creation and dismantlement of the socialist city, the creation of virtual cities, and the making of Olympics Beijing); the newly prosperous constituencies (including China's 'new rich' and the development of a huge and increasingly self-identifying middle class); China's working class; internal migration; and urban social change. Volume IV ('Rural China in the Reform Era') includes work brought together under themes such as rural politics; family farming; changes in rural society in a period of economic reform; and China's ethnic minorities. Contemporary Chinese Society and Politics is fully indexed and has a comprehensive introduction, newly written by the editors, leading academics in the field, which places the collected material in its historical and intellectual context. It is an essential work of reference and is destined to be valued by scholars and students as a vital one-stop research and pedagogic resource.