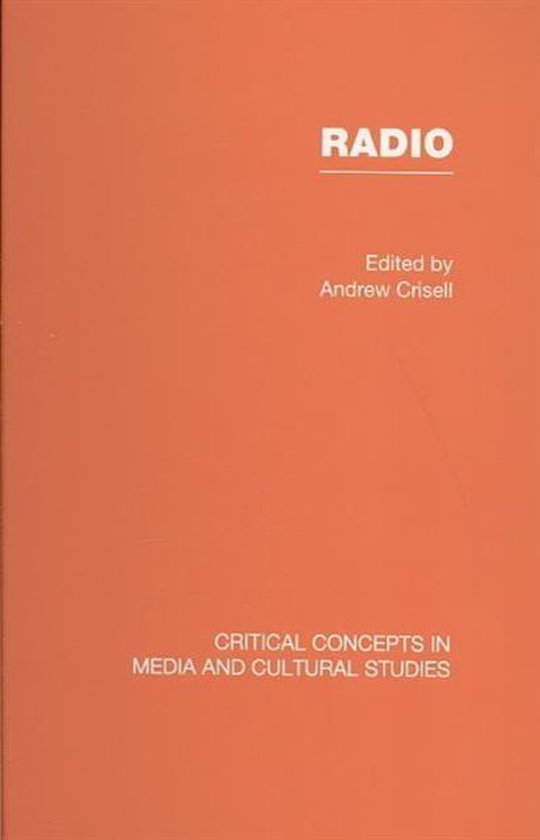 Over the last sixty years or so academic interest in the mass media has burgeoned. It is not, perhaps, surprising that this interest at first focused principally on the visual media of film and television, where it has remained intensive. Nevertheless, serious thinking about radio soon followed. Despite its apparent limitations, were there some advantages that radio enjoyed over the visual media? In what ways, for instance, could it mediate genres like drama and sport, which traditionally depended for their effectiveness on spectacle? Scholars have also examined radio's use of words in comparison with both the image-dominated media of film and television, and the spatial, stable medium of print. Questions in radio studies also abound about the special qualities of sound per se-such as the meaning and functions of music and the ontology of pure sound artefacts known as 'soundscapes', a mainstay of much experimental radio. Other lines of inquiry in the field have included investigations into the social, political, and cultural contexts of radio, prompted by questions about, for example, how broadcasting should be financed and regulated, and what purposes it should serve. And, more recently, radio researchers have grappled with notions of 'community', whether defined by geographical proximity or by commonality of identity or interest. Furthermore, the growth of new media technologies has profound implications for sound broadcasting. How will webcasting and podcasting modify or even transform radio? Indeed, does the growth of interactivity, including audience-generated content, and of time-shifted listening, mean the end of radio as we currently know it? As research on and around these kinds of question continues to flourish as never before, this new title in the Routledge Major Works series, Critical Concepts in Media and Cultural Studies, meets the need for an authoritative reference work to make sense of a rapidly growing and ever more complex corpus of literature, and to provide a map of the area as it has emerged and developed. It is a four-volume collection of foundational and the best cutting-edge scholarship in the field and is organized in three volumes. Volume I ('Radio Theory and Genres') assembles the key work theorizing the medium and its different kinds of contents, most notably news, drama, and 'talk'. Much of the work gathered here is comparative, setting radio and its genres in the context of the visual media of film, television, and theatre, or the 'visible' media of newspapers and books. But the volume also includes linguistic analyses of broadcast talk and work that sees music as in some sense 'radiogenic' and traces its relationship to popular culture. The first volume also includes the best theoretical work exploring abstract sound and 'soundscapes'. Volume II ('History and Institutions') collects the most important work tracing the political evolution of sound broadcasting. Key topics include: the development of the philosophy of public service; issues of policy, notably (de)regulation and competition; and key historical phenomena such as the challenges posed by television, the arrival of the transistor, stereophony and FM broadcasting, the proliferation of wirelesses in cars, and the shift from mixed to streamed broadcasting. Drawing on a wide range of international sources, the final volume of the collection ('Audiences, Identities, and Communities; and Technological Developments') assembles the best scholarship not only on general radio audiences and their patterns of consumption, but also focuses on the particular communities that radio seeks to address, whether geographic, ethnic-, or interest-based. Volume III also includes research on new technology, especially in its latest manifestations in forms such as webcasting. Radio is fully indexed and has a comprehensive introduction, newly written by the editor, which places the collected material in its historical and intellectual context. It is an essential work of reference and is destined to be valued by scholars and students of media and cultural studies, as well as those engaged in more specialized radio courses, as a vital one-stop research resource.