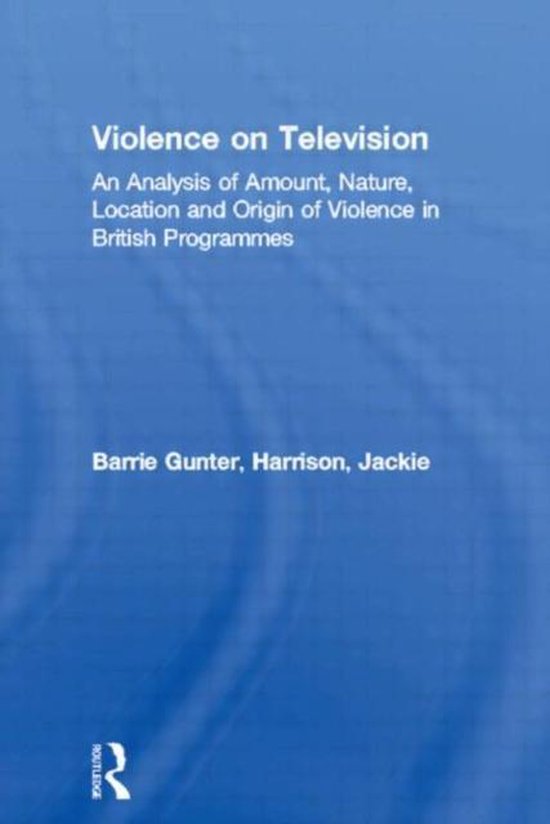 Television is often accused of showing too much violence. However, it is rare that anyone stops to ask what this statement means. Violence on Television provides an objective analysis of the violence on television, how much there is and what form it takes. It presents findings from the largest ever sudy of the depiction of violence on television carried out in Britain, funded by the British Broadcasting Corporation and the Independent Television Commission. As well as presenting a quantitative analysis of the amount of violence on television, this research places great emphasis on investigating the character of violent portrayals and the contexts in which they occur. Barrie Gunter and Jackie Harrison present a detailed literature review, which examines previous research from around the world. They then explain the methodology and look at the problems of measuring and quantifying violence on television. They examine the specific attributes of violence, including the form it takes, its physical setting, its motives and consequences, and the nature of the characters involved as either aggressors or victims. They also examine the amount and nature of violent portrayals in different programme genres, such as films and drama, entertainment programming, news and factual programmes, and children's programmes. The book will be of interest to students and researchers in psychology, communication studies and media studies.