The Constitution of Liberty 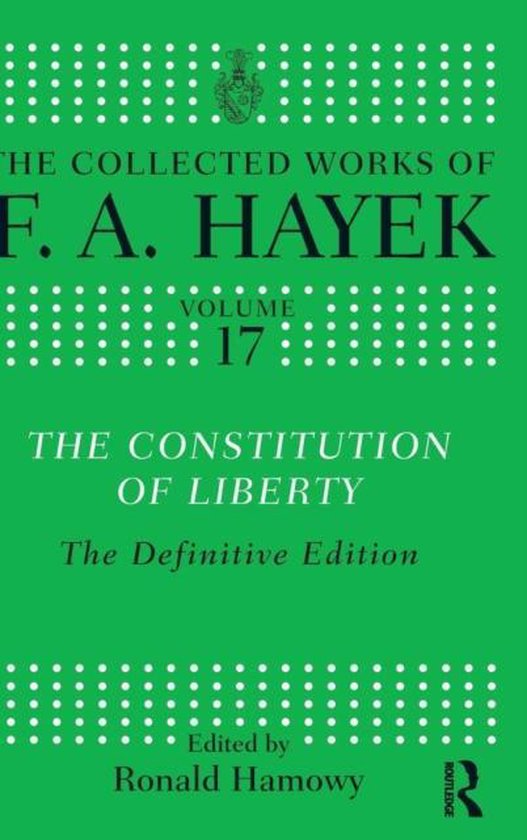 Originally published in 1960, The Constitution of Liberty delineates and defends the principles of a free society and traces the origin, rise, and decline of the rule of law. Casting a skeptical eye on the growth of the welfare state, Hayek examines the challenges to freedom posed by an ever expanding government as well as its corrosive effect on the creation, preservation, and utilization of knowledge. In distinction to those who confidently call for the state to play a greater role in society, Hayek puts forward a nuanced argument for prudence. Guided by this quality, he elegantly demonstrates that a free market system in a democratic polity-under the rule of law and with strong constitutional protections of individual rights-represents the best chance for the continuing existence of liberty. Striking a balance between skepticism and hope, Hayek's profound insights remain strikingly vital half a century on. This definitive edition of The Constitution of Liberty will give a new generation the opportunity to learn from Hayek's enduring wisdom.