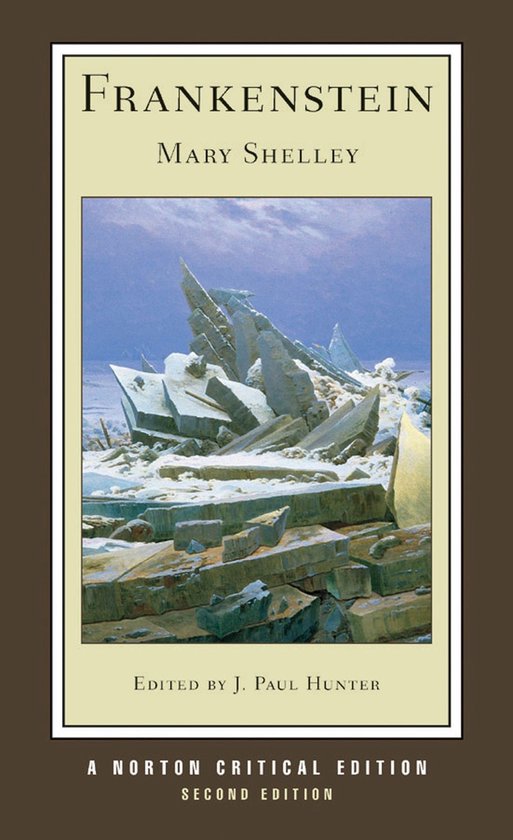 The best-selling student edition on the market, now available in a Second Edition.

This extensively revised Norton Critical Edition includes new texts and illustrative materials that convey the enduring global conversation about Frankenstein and its author. The text is that of the 1818 first edition, published in three volumes by Lackington, Hughes, Harding, Mavor, and Jones. It is accompanied by an expansive new preface, explanatory annotations, a map of Geneva and its environs, and seven illustrations, five of them new to the Second Edition.

A Chronology and Selected Bibliography are also included.