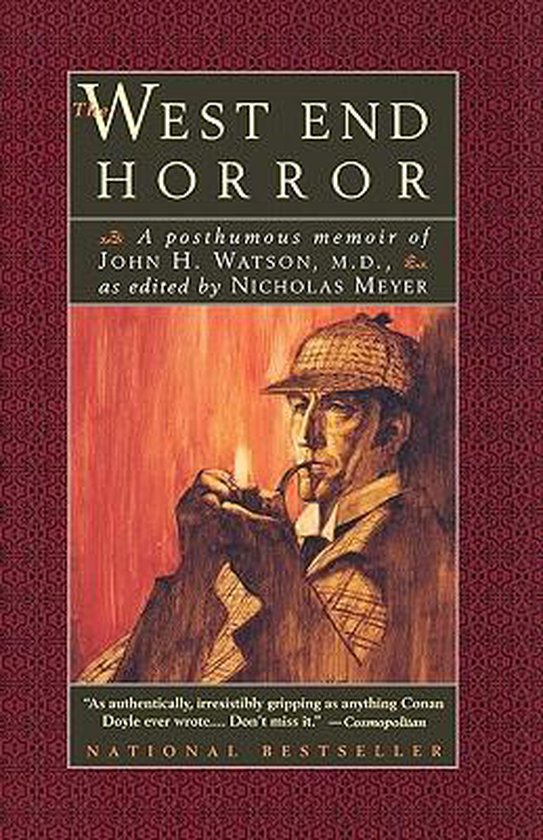 March 1895. London. A month of strange happenings in the West End. First there is the bizarre murder of theater critic Jonathan McCarthy. Then the lawsuit against the Marquess of Queensberry for libel; the public is scandalized. Next, the ingenue at the Savoy is discovered with her throat slashed. And a police surgeon disappears, taking two corpses with him. Some of the theater district's most fashionable and creative luminaries have been involved: a penniless stage critic and writer named Bernard Shaw; Ellen Terry, the gifted and beautiful actress; a suspicious box office clerk named Bram Stoker; an aging matinee idol, Henry Irving; an unscrupulous publisher calling himself Frank Harris; and a controversial wit by the name of Oscar Wilde. Scotland Yard is mystified by what appear to be unrelated cases, but to Sherlock Holmes the matter is elementary: a maniac is on the loose. His name is Jack.