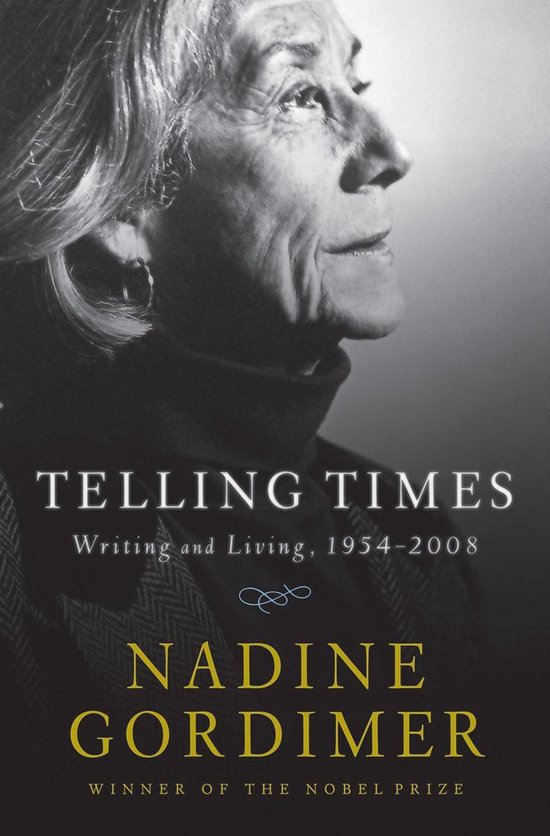 An extraordinary achievement, Telling Times reflects the true spirit of the writer as a literary beacon, moral activist, and political visionary.


Never before has Gordimer, awarded the Nobel Prize for Literature in 1991, published such a comprehensive collection of her nonfiction. Telling Times represents the full span of her works in that field—from the twilight of white rule in South Africa to the fight to overthrow the apartheid regime, and most recently, her role over the past seven years in confronting the contemporary phenomena of violence and the dangers of HIV.


The range of this book is staggering, and the work in totality celebrates the lively perseverance of the life-loving individual in the face of political tumult, then the onslaught of a globalized world. The abiding passionate spirit that informs "A South African Childhood," a youthful autobiographical piece published in The New Yorker in 1954, can be found in each of the book's ninety-one pieces that span a period of fifty-five years.


Returning to a lifetime of nonfiction work has become an extraordinary experience for Gordimer. She takes from one of her revered great writers, Albert Camus, the conviction that the writer is a "responsible human being" attuned not alone to dedication to the creation of fiction but to the political vortex that inevitably encompasses twentieth- and twenty-first-century life. Born in 1923, Gordimer, who as a child was ambitious to become a ballet dancer, was recognized at fifteen as a writing prodigy. Her sensibility was as much shaped by wide reading as it was to eye-opening sight, passing on her way to school the grim labor compounds where black gold miners lived. These twin decisives—literature and politics—infuse the book, which includes historic accounts of the political atmosphere, firsthand, after the Sharpeville Massacre of 1960 and the Soweto uprising of 1976, as well as incisive close-up portraits of Nelson Mandela and Desmond Tutu, among others. Gordimer revisits the eternally relevant legacies of Tolstoy, Proust, and Flaubert, and engages vigorously with contemporaries like Susan Sontag, Octavio Paz, and Edward Said. But some of her most sensuous writing comes in her travelogues, where the politics of Africa blend seamlessly with its awe-inspiring nature—including spectacular recollections of childhood holidays beside South Africa's coast of the Indian Ocean and a riveting account of her journey the length of the Congo River in the wake of Conrad.


Gordimer's body of work is an extraordinary vision of the world that harks back to the sensibilities—political, moral, and social—of Dickens and Tolstoy, but with a decidedly vivid contemporary consciousness. Telling Times becomes both a literary exploration and extraordinary document of social and political history in our times.