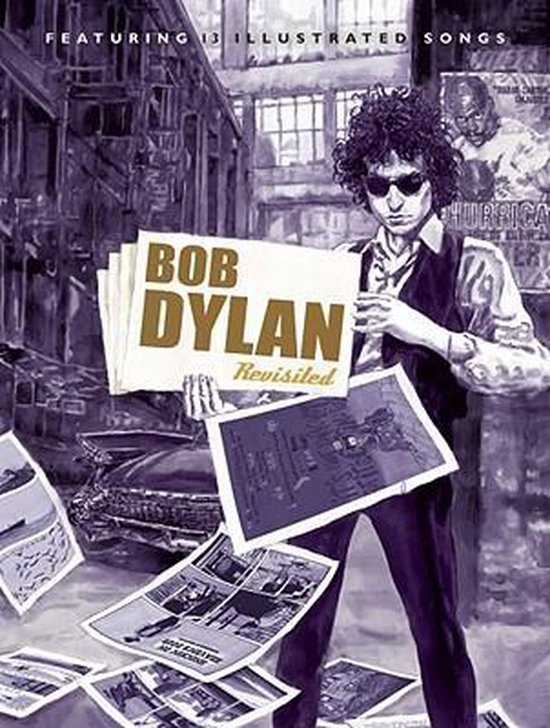 For the last forty years Bob Dylan has never ceased to be one of the most creative and inspired musicians in the world. Mesmerized by the power of his lyrics and intrigued by the possibilities of translating his powerful, enigmatic personality into art, thirteen leading graphic artists banded together to create this unusual testament to the universality and transcendent vision of an American musical genius. With their vibrant, unexpected colors and dynamic, cinematic imagery, this group has assembled in Bob Dylan Revisited one of the most provocative interpretations of Dylan's music in decades. These artists capture the tender emotions, the ineffable sadness, and the romantic overtones of Dylan's classic songs, at the same time reflecting the moral and political urgency of his music. Each artist's style surprisingly complements Dylan's lyrics and offers an irresistible window through which to reconsider one of America's most enigmatic artists. A deeply respectful and brilliant homage to the extraordinary influence of Bob Dylan. Featured inside: * Blowin' In the Wind by Thierry Murat * A Hard Rain's A-Gonna Fall by Lorenzo Mattotti * I Want You by Nicolas Nemiri * Girl of the North Country by Francois Avril * Lay, Lady, Lay by Jean-Claude Gotting * Positively 4th Street by Christopher * Tombstone Blues by Bezian * Desolation Row by Dave McKean * Like A Rolling Stone by Alfred, Raphaelle Le Rio, Mael Le Mae, and Henri Meunier * Hurricane by Gradimir Smudja * Blind Willie McTell by Benjamin Flao * Knockin' on Heaven's Door by Jean-Philippe Bramanti * Not Dark Yet by Zep Nominated for two 2010 Will Eisner Comic Industry Awards: Best Anthology; Best Short Story ( Hurricane by Gradimir Smudja).