Statistical Science in the Courtroom 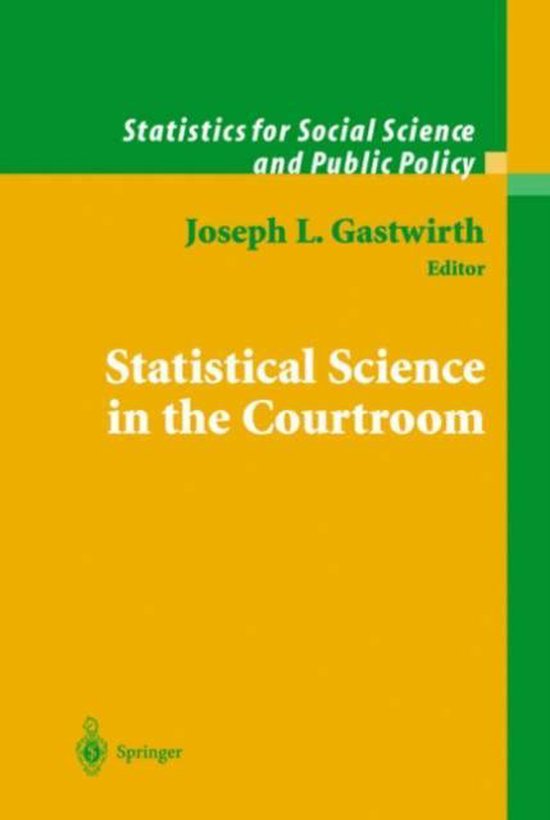 Expert testimony relying on scientific and other specialized evidence has come under increased scrutiny by the legal system. A trilogy of recent U.S. Supreme Court cases has assigned judges the task of assessing the relevance and reliability of proposed expert testimony. In conjunction with the Federal judiciary, the American Association for the Advancement of Science has initiated a project to provide judges indicating a need with their own expert. This concern with the proper interpretation of scientific evidence, especially that of a probabilistic nature, has also occurred in England, Australia and in several European countries.Statistical Science in the Courtroom is a collection of articles written by statisticians and legal scholars who have been concerned with problems arising in the use of statistical evidence. A number of articles describe DNA evidence and the difficulties of properly calculating the probability that a random individual's profile would "match" that of the evidence as well as the proper way to intrepret the result. In addition to the technical issues, several authors tell about their experiences in court. A few have become disenchanted with their involvement and describe the events that led them to devote less time to this application. Other articles describe the role of statistical evidence in cases concerning discrimination against minorities, product liability, environmental regulation, the appropriateness and fairness of sentences and how being involved in legal statistics has raised interesting statistical problems requiring further research.