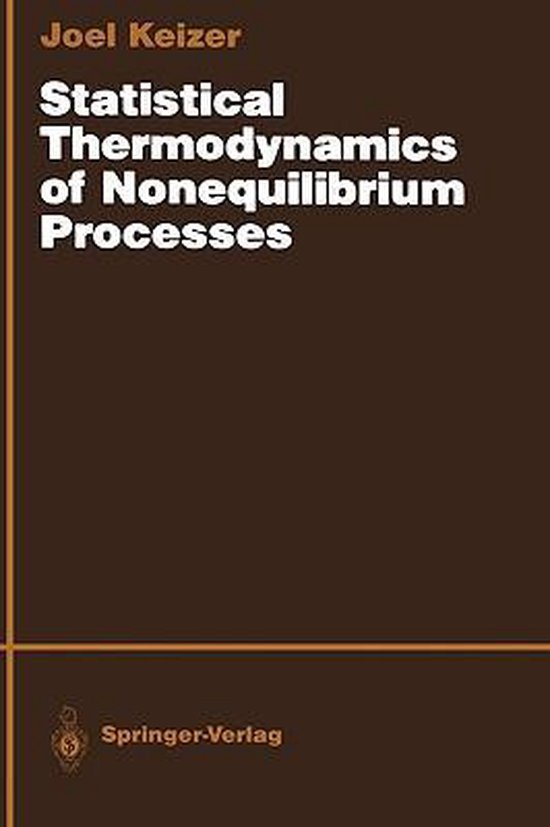 The structure of the theory ofthermodynamics has changed enormously since its inception in the middle of the nineteenth century. Shortly after Thomson and Clausius enunciated their versions of the Second Law, Clausius, Maxwell, and Boltzmann began actively pursuing the molecular basis of thermo- dynamics, work that culminated in the Boltzmann equation and the theory of transport processes in dilute gases. Much later, Onsager undertook the elucidation of the symmetry oftransport coefficients and, thereby, established himself as the father of the theory of nonequilibrium thermodynamics. Com- bining the statistical ideas of Gibbs and Langevin with the phenomenological transport equations, Onsager and others went on to develop a consistent statistical theory of irreversible processes. The power of that theory is in its ability to relate measurable quantities, such as transport coefficients and thermodynamic derivatives, to the results of experimental measurements. As powerful as that theory is, it is linear and limited in validity to a neighborhood of equilibrium. In recent years it has been possible to extend the statistical theory of nonequilibrium processes to include nonlinear effects. The modern theory, as expounded in this book, is applicable to a wide variety of systems both close to and far from equilibrium. The theory is based on the notion of elementary molecular processes, which manifest themselves as random changes in the extensive variables characterizing a system. The theory has a hierarchical character and, thus, can be applied at various levels of molecular detail.