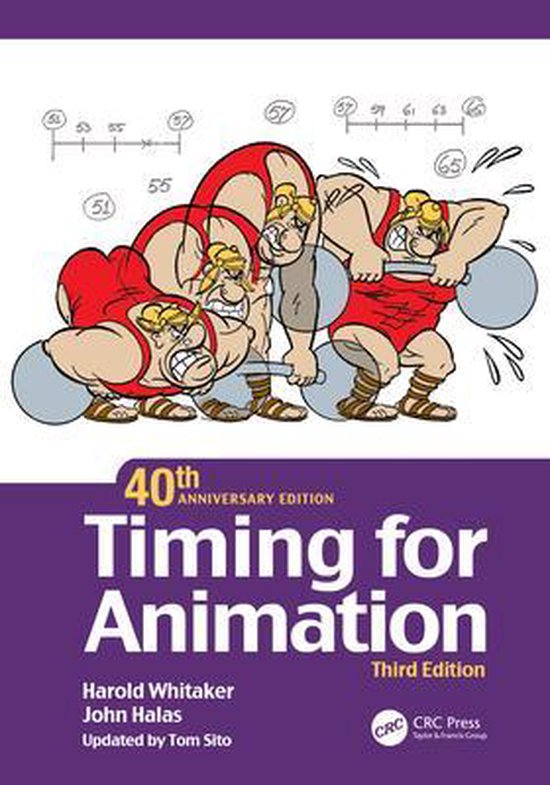 Timing for Animation has been one of the pillars of animation since it was first published in 1981. Now this 40th anniversary edition captures the focus of the original and enhances this new edition with fresh images, techniques, and advice from world-renowned animators. Not only does the text explore timing in traditional animation, but also timing in digital works. Vibrant illustrations and clear directions line the pages to help depict the various methods and procedures to bring your animation to life. Examples include timing for digital production, digital storyboarding in 2D, digital storyboarding in 3D, and the use of After Effects, as well as interactive games, television, animals, and more. Learn how animated scenes should be arranged in relation to each other, how much space should be used, and how long each drawing should be shown for maximum dramatic effect. All you need to breathe life into your animation is at your fingertips with Timing for Animation. Key Features: Fully revised and updated with modern examples and techniques Explores the fundamentals of timing, physics, and animation Perfect for the animation novice and the expert Get straight to the good stuff with simple, no-nonsense instruction on the key techniques like stretch and squash, animated cycles, overlapping, and anticipation. Trying to time weight, mood, and power can make or break an animation-get it right the first time with these tried and tested techniques. Authors Harold Whitaker was a BAFTA-nominated professional animator and educator for 40 years; many of his students number among today's most outstanding animation artists. John Halas, known as The father of British animation and formerly of Halas & Batchelor Animation Studio, produced more than 2,000 animation films, including the legendary Animal Farm (1954) and the award-winning Dilemma (1981). He was also the founder and president of the International Animated Film Association (ASIFA) and former Chairman of the British Federation of Film Societies. Tom Sito is Professor of Animation at the University of Southern California and has written numerous books and articles on animation. Tom's screen credits include Shrek (2001) and the Disney classics Who Framed Roger Rabbit (1988), The Little Mermaid (1989), Beauty and the Beast (1991), Aladdin (1992), and The Lion King (1994). In 1998, Tom was named by Animation Magazine as one of the 100 Most Important People in Animation.