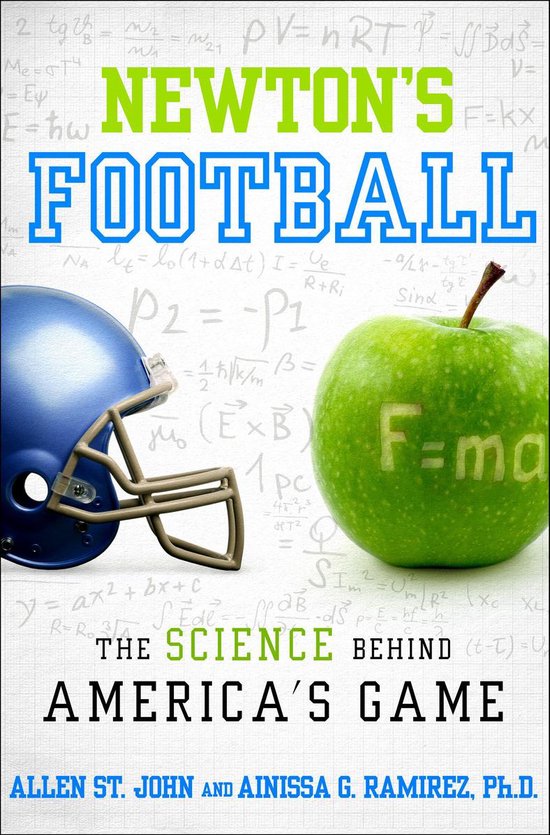 In the bestselling tradition of Freakonomics and Scorecasting comes a clever and accessible look at the big ideas underlying the science of football.

Did you hear the one about the MacArthur genius physicist and the NFL coach? It's not a joke. It's actually an innovative way to understand chaos theory, and the remarkable complexity of modern professional football.

In Newton's Football, journalist and New York Times bestselling author Allen St. John and TED Speaker and former Yale professor Ainissa Ramirez explore the unexpected science behind America's Game. Whether it's Jerry Rice finding the common ground between quantum physics and the West Coast offense or an Ivy League biologist explaining—at a granular level—exactly how a Big Mac morphs into an outside linebacker, Newton's Football illuminates football—and science—through funny, insightful stories told by some of the world's sharpest minds.

With a clear-eyed empirical approach—and an exuberant affection for the game—St. John and Ramirez address topics that have long beguiled scientists and football fans alike, including:

• the unlikely evolution of the football (or, as they put it, "The Divinely Random Bounce of the Prolate Spheroid")
• what Vince Lombardi has in common with Isaac Newton
• how the hardwired behavior of monkeys can explain a head coach's reluctance to go for it on fourth-down
• why a gruesome elevator accident jump-started the evolution of placekicking
• how Teddy Roosevelt saved football using the same behavioral science concept that Dreamworks would use to save Shrek
• why woodpeckers don't get concussions
• how better helmets actually made the game more dangerous

Every Sunday the NFL shares a secret with only its savviest fans: The game isn't just a clash of bodies, it's a clash of ideas. The greatest minds in football have always possessed an instinctual grasp of science, understanding the big ideas and gritty realities that inform the game's rich past, as well as its increasingly uncertain future.

"It was with great interest that I read Newton's Football. I'm a fan of applying of science to sport and Newton's Football truly delivers. The stories are as engaging as they are informative. This is a great read for all football fans."—Mark Cuban

"This breezily-written but informative book should pique the interest of any serious football fan in the twenty-first century."—The American Spectator

"The authors have done a worthy job of combining popular science and sports into a work that features enough expertise on each topic to satisfy nerds and jocks alike. . . . The writers succeed in their task thanks to in-depth scientific knowledge, a wonderful grasp of football's past and present, interviews with a wide array of experts, and witty prose. . . . [Newton's Football is] fun and thought-provoking, proving that football is a mind game as much as it is a ball game."—Publishers Weekly