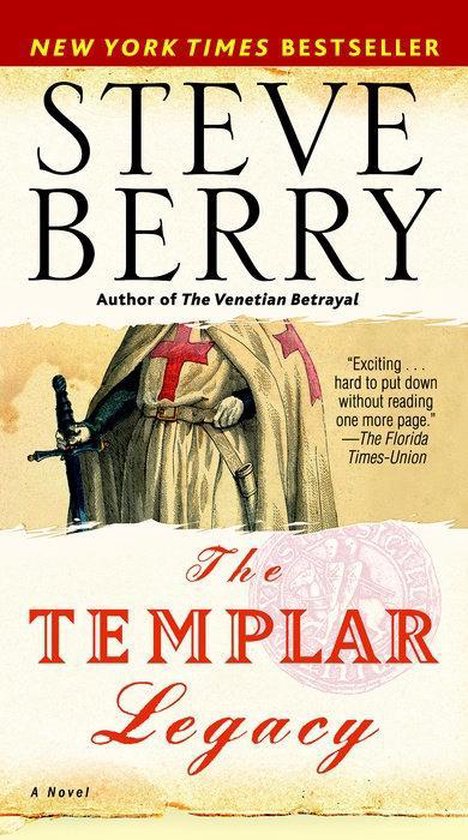 The ancient order of the Knights Templar possessed untold wealth and absolute power over kings and popes . . . until the Inquisition, when they were wiped from the face of the earth, their hidden riches lost. But now two forces vying for the treasure have learned that it is not at all what they thought it was'and its true nature could change the modern world.

Cotton Malone, one-time top operative for the U.S. Justice Department, is enjoying his quiet new life as an antiquarian book dealer in Copenhagen when an unexpected call to action reawakens his hair-trigger instincts'and plunges him back into the cloak-and-dagger world he thought he'd left behind.

It begins with a violent robbery attempt on Cotton's former supervisor, Stephanie Nelle, who' s far from home on a mission that has nothing to do with national security. Armed with vital clues to a series of centuries-old puzzles scattered across Europe, she means to crack a mystery that has tantalized scholars and fortune-hunters through the ages by finding the legendary cache of wealth and forbidden knowledge thought to have been lost forever when the order of the Knights Templar was exterminated in the fourteenth century. But she's not alone. Competing for the historic prize' and desperate for the crucial information Stephanie possesses'is Raymond de Roquefort, a shadowy zealot with an army of assassins at his command.

Welcome or not, Cotton seeks to even the odds in the perilous race. But the more he learns about the ancient conspiracy surrounding the Knights Templar, the more he realizes that even more than lives are at stake. At the end of a lethal game of conquest, rife with intrigue, treachery, and craven lust for power, lies a shattering discovery that could rock the civilized world'and, in the wrong hands, bring it to its knees.