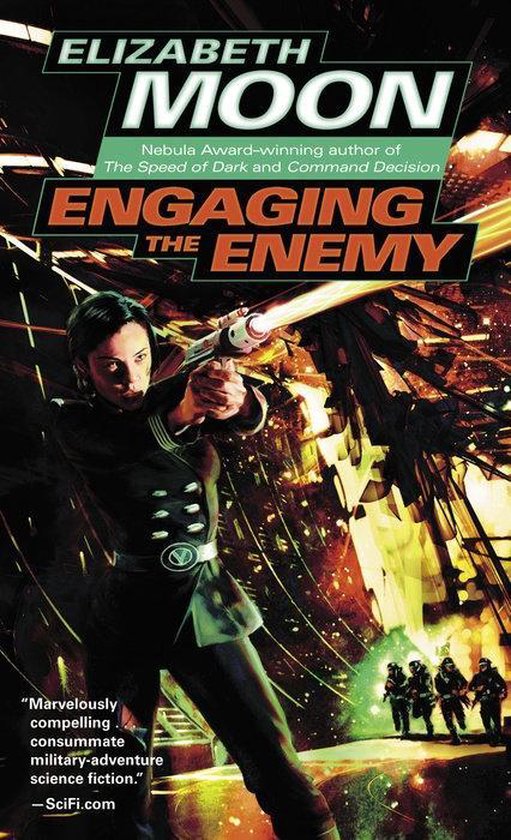 In the aftermath of the cold-blooded assassinations that killed her parents and shattered the Vatta interstellar shipping empire, Kylara Vatta sets out to avenge the killings and salvage the family business. Ky soon discovers a conspiracy of terrifying scope, breathtaking audacity, and utter ruthlessness. The only hope against such powerful evil is for all the space merchants to band together. Unfortunately, because she commands a ship that once belonged to a notorious pirate, Ky is met with suspicion, if not outright hostility . . . even from her own cousin. Before she can take the fight to the enemy, Kylara must survive a deadly minefield of deception and betrayal.

Praise for Engaging the Enemy

"A fast-paced space adventure, with a heroine that will captivate readers.''Omaha World-Herald

'Excels in character development as well as in its fast-paced action sequences and intricate plotting.''Library Journal

"You'll have fun with this one, for Moon keeps things moving.''Analog