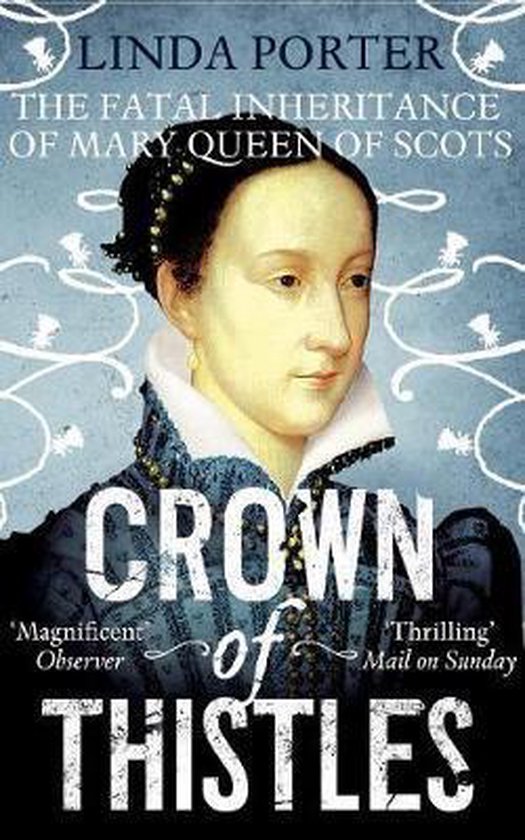 The struggle between the fecund Stewarts and the barren Tudors is generally seen only in terms of the relationship between Elizabeth I and her cousin, Mary Queen of Scots. Very little is said about why the background to their intense rivalry. Here, Linda Porter examines the ancient and intractable power struggle between England and Scotland, a struggle intensified during the reigns of Elizabeth and Mary's grandfathers. Henry VII aimed to provide stability when he married his daughter, Margaret, to James IV of Scotland in 1503. But he must also have known that Margaret's descendants might seek to rule the entire island. Crown of Thistles is the story of a divided family, of flamboyant kings and queens, cultured courts and tribal hatreds, blood feuds, rape and sexual licence on a breath-taking scale, and violent deaths. It is also brings alive a neglected aspect of British history – the blood-spattered steps of two small countries on the fringes of Europe towards an awkward unity that would ultimately forge a great nation. Beginning with the unlikely and dramatic victories of two usurping kings, one a rank outsider and the other a 14 year-old boy who rebelled against his own father, the book will shed new light on Henry VIII, his daughter, Elizabeth, and on his great-niece, Mary Queen of Scots, still seductive more than 400 years after her death.