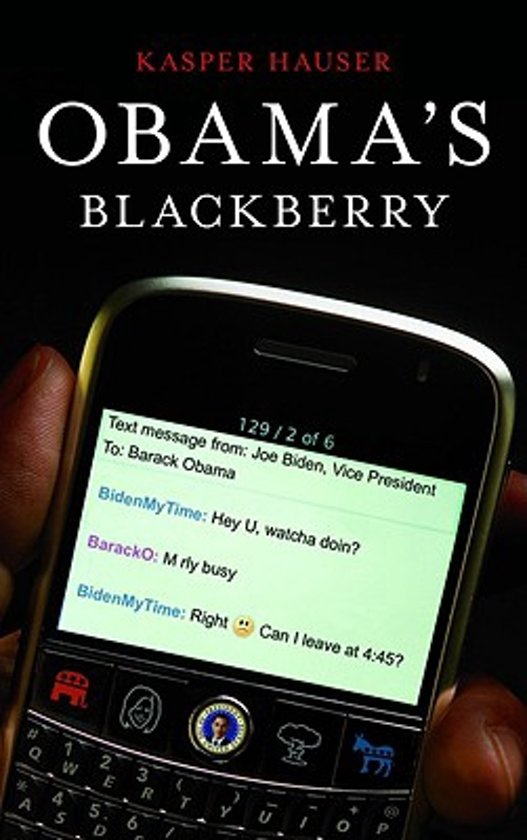 Now, for the first time, We The People are privy to our new leader's epistolary back-and-forths on his wily hand-held device. We're about to discover that his emails (and the replies, from his wife and daughters, Biden, Palen, Rush, Hannity, the new first puppy, and even Bush) are so tuned in to the language of electronic correspondence they come hilariously close to the brink of legibility.
This giftable, imagined glimpse into Obama's beloved Blackberry traverses the mundane and momentous contours of the Commander in Chief's life, from security briefings to spam, basketball practice to domestic bliss, and the panic of oops-I-hit-reply-all, to, of course, the trauma of dealing with the First Mother In Law.