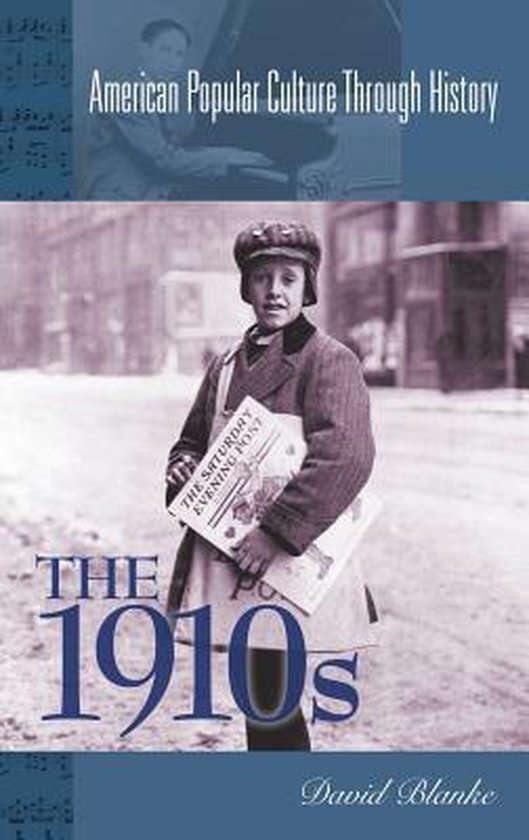 The decade of the 1910s saw the United States rise above strictly European cultural influences as the mixing of race, ethnicity, class, and gender yielded colorful fusions within American society. Historian David Blanke delves into the cornucopia of activities, trends, and events that shaped and enriched the day-to-day lives of Americans in this decade. Twelve scrupulously researched chapters bring to life all of the important aspects of popular culture in 1910s America: from Birth of a Nation to the Black Sox scandal, the Teddy Bear to Tarzan, breakfast cereal to the first brassiere. This lead title in Greenwood's forthcoming American Popular Culture Through History series shows the many facets of American society merging to form the beginnings of the United States' eclectic 20th century culture. This debut volume launches a series designed to be advanced yet accessible, informative yet fun. Students researching the history of American art, film, literature, music, and sports will be taken beyond the names and dates in their textbooks and learn about the interests, styles, and tastes of past Americans. Series volumes will also include a timeline of significant cultural events as well as a cost comparison list of commonly used items. This valuable reference resource will introduce students to things, activities, and people that enriched and defined the lives of Americans in the seminal years of 1910 to 1919. These collages of culture will enrich the research of high school or college students and help them see how Americans' lives, aspirations, dreams, even the idea of what it is to be American, have evolved in the past-and will continue to change in the future.