The Supreme Court's Retreat from Reconstruction 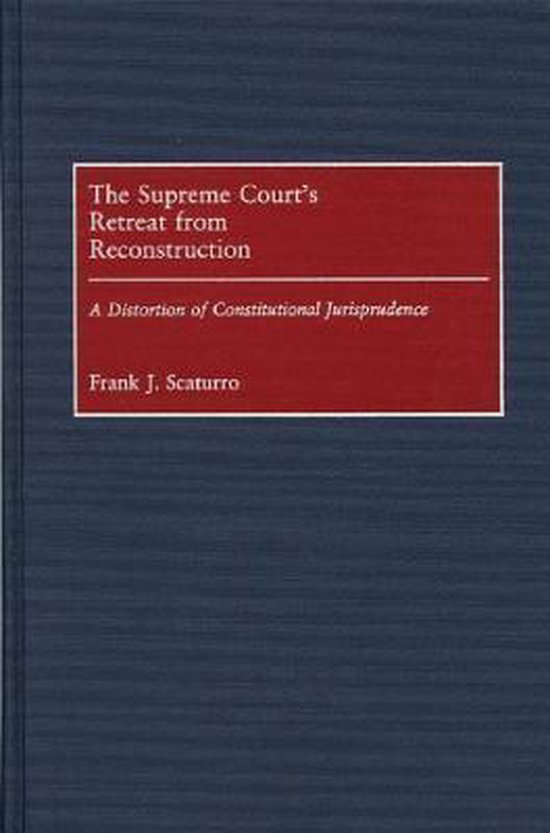 As the nation turned its back on Reconstruction, the Supreme Court in turn narrowed Thirteenth-, Fourteenth-, and Fifteenth-Amendment protections of former slaves, thus straying from the understanding of the amendments' framers. Tracking a long line of cases that employed narrow constructions of these amendments and accompanying statutes, this study compares the Court's propositions to the framers' own interpretations. The resulting portrait makes it clear that the Court contributed in a significant way to the nation's retreat from Reconstruction. Before analyzing the relevant cases, Scaturro provides a historical synopsis of the collapse of Reconstruction. The final section demonstrates how the twentieth-century Court handed down decisions that accommodated the demands of the Civil Rights Movement, but did so with constitutional interpretations that preserved several misunderstandings about the Reconstruction Amendments, especially the Fourteenth. This study helps to resolve a contemporary dilemma regarding the consequences of the Court's narrowing of the Interstate Commerce Clause. It also challenges long standing assumptions about the state action requirement of the Fourteenth and Fifteenth Amendments as well as the Fourteenth Amendment's Privileges and Immunities Clause. Besides being valuable to Supreme Court historians, the subject matter of this volume, which covers both constitutional law and legal history, will be of substantial interest to lawyers, judges, and political scientists, particularly in view of recent developments on the high Court. The lessons taught by this chapter of Supreme Court jurisprudence offer insight into constitutional interpretation in general, and the conclusion develops this idea by looking at the problematic interaction between law and outside historical influences.