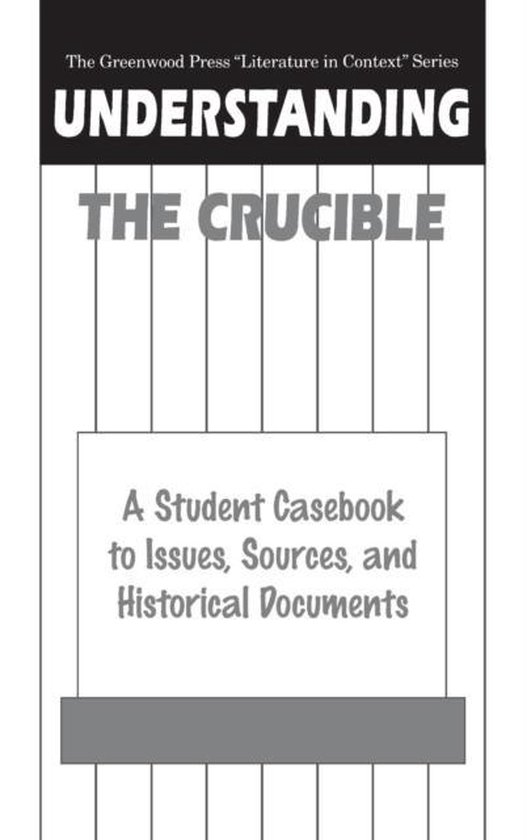 Ideal for student research and class discussion, this interdisciplinary casebook provides a rich variety of primary historical documents and commentary on The Crucible within the context of two relevant historical periods: the Salem witch-trials of 1692 and the Red Scare of the 1950s, when the play was written. The play is a testimony to the inherent dangers Miller sees in any community seized by hysteria. The Salem witch-hunts, which Miller uses to illustrate such a community, were echoed more than 250 years later in the hunt for subversives during the Red Scare of the 1950s. The authors provide literary and dramatic analysis of the play, comprehensive historical backgrounds, relevant documents of the periods, and questions and projects to help students in their understanding of The Crucible and the issues it raises. In a discussion of Puritan society of the seventeenth century, the authors explore the habits of many of the residents of Massachusetts Bay and specific events which seemed to make the witch-hunts of 1692 inevitable. The text of relevant documents illustrate their beliefs, combined with the disasters that contributed to community hysteria. A chapter on the Salem witch trials includes testimony, letters, and first person accounts by actual people on which Miller based his characters. A chapter on the Red Scare of the 1950s features testimony before the House Un-American Activities Committee, case studies of blacklisted people, and an exclusive interview with a couple who were blacklisted. The authors include a chapter on witch-hunting in the 1990s in the form of testimony from preschoolers which sent child care workers to prison on charges of sexual abuse. Students will be able to compare and contrast witch- hunting over 300 years with the materials provided here, many of which are available in no other printed form. Each section of the casebook contains study questions, topics for research papers and class discussion, and lists of further reading for examining the issues raised by the play.