Events That Changed America Through the Seventeenth Century 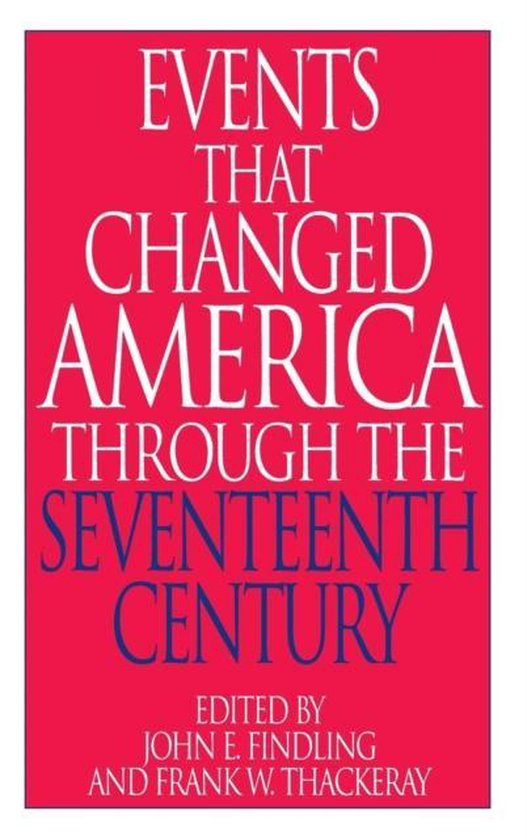 From the settlement of the earliest peoples in the Americas to the close of the seventeenth century, enormous changes took place in what was to become the continental United States. To help students understand this sweep of history, this unique resource provides detailed description and expert analysis of the ten most important events through the seventeenth century: First Encounters, c. 40,000 BCE - 1492 AD; The Expedition of Coronado, 1540-1542; The Founding of St. Augustine, 1565; Early English Colonization Efforts, c. 1584-1630; Early European-Native American Encounters, 1607-1637; The Introduction of Slavery into America, 1619; The Surrender of New Amsterdam, 1664; King Philip's War, 1675-1676; The Glorious Revolution in America, 1688-1689; and The Salem Witch Trials, 1692. Each event is dealt with in a separate chapter. The examination goes beyond traditional textbook treatment of history by considering the immediate and far-reaching ramifications of each event. Each chapter features an introductory essay that presents the facts of the event in a clear, chronological manner that makes complex history understandable. This essay is followed by an interpretive essay, written by a recognized authority in the field in a style designed to appeal to a general readership and promote critical thinking, that places the event in a broader context and assesses it in terms of its political, economic, sociocultural, and international significance. With an illustration and an annotated bibliography for each event, a glossary of names, events, and terms of the period, a timeline of important events in American history through the seventeenth century, Events That Changed America Through the Seventeenth Century is an ideal addition to the high school, community college, and undergraduate reference shelf, as well as excellent supplementary reading in social studies and American history courses.