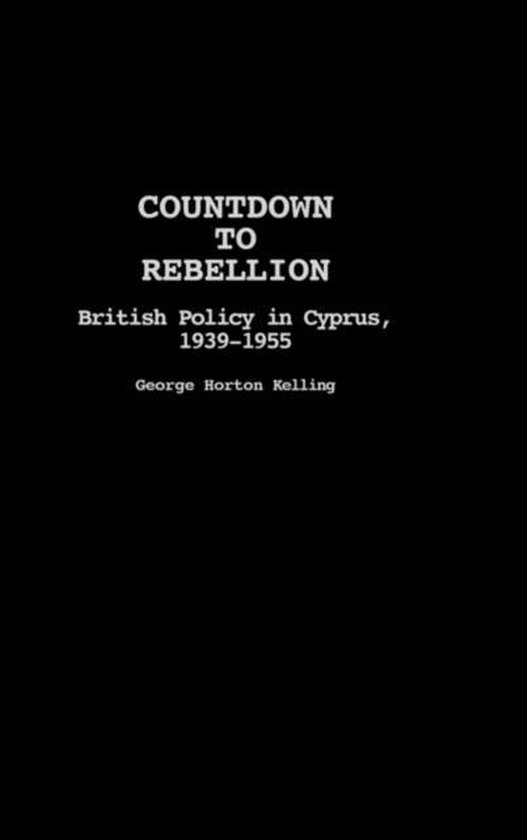 This work examines British rule in Cyprus, with a focus on how Britain formulated policies for that rule. It traces Britain's imperial and foreign policy in Cyprus from 1939 to 1955, from the outbreak of World War II until the beginning of the EOKA rising of 1955. The book puts forward two basic arguments. First, the violence of 1955 was not a thunderbolt from the blue, but the logical outcome of the events of the previous year. Second, British policy was an often ill-defined set of ideas devised between British ministries and departments in conflict over the form the island's future should take. This study examines a number of actions by colonial administrators which, with the advantage of hindsight, appear out of step with reality. Following the introduction, which opens with a discussion of the history and geography of Cyprus in 1939, the book covers the outbreak of the war and the invasion threat. After, its coverage of the war years, the book details the developments in Cyprus during the years 1945-1949, a period which saw the British offer the constitution to the Cypriots. Next, the book discusses the Plebiscite, Turkish reactions to changes in Cyprus, and other events that occurred in Cyprus between 1949-1951. The next section details the rise of Makarios (1951-1953), and finally, the book concludes with a discussion of the role of the United Nations and the rise of violence beginning in 1955. This book should appeal to researchers and students interested in Cypriot and British history, the Cold War, the United Nations, and the course of Anglo-Greek relations.