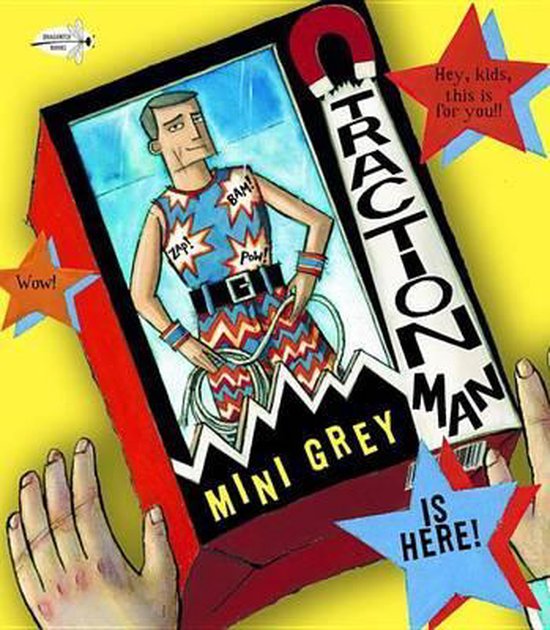 Traction Man—wearing combat boots, battle pants, and his warfare shirt—comes in a box, but very quickly finds the way into the imagination of his lucky boy owner. This superhero searches for the Lost Wreck of the Sieve as the boy makes a game of doing the dishes, and later in the bathtub, he conquers the Mysterious Toes that are stealing his pet, the brave little Scrubbing Brush. These are just a few of the action-packed adventures played out by the boy and his new toy that may not be able to leap tall buildings in a single bound, but can vanquish all manner of villains lurking around the house. Mini Grey's story in words and pictures is an irresistible invitation to the private world of a child's play.

Praise for The Very Smart Pea and the Princess-to-Be:

"A rib-tickling U.S. debut for Grey, with plenty of sight gags to complement the chatty narrative."—Kirkus Reviews

"The Very Smart Pea and the Princess-to-Be delivers an entertaining spin and a great deal of visual wit."—The Horn Book