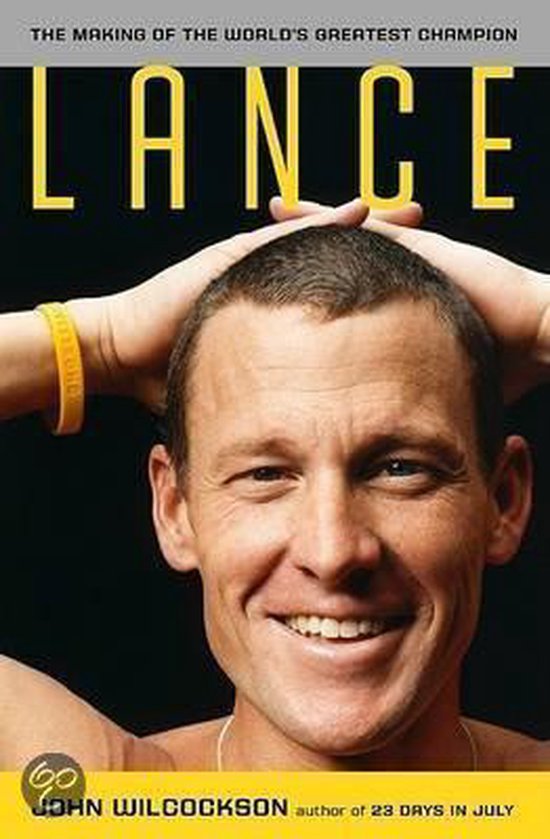 No champion has astonished the world quite like Lance Armstrong. A cancer survivor who went on to win the Tour de France an unprecedented seven times, he is an inspiration to millions. Yet few know the complete story of this brash, smart, and fiercely competitive Texan who battled to the top of his sport, overcame the most rampant case of testicular cancer doctors had seen, and then conquered cycling's Holy Grail time after time. In Lance: The Making of the World's Greatest Champion, John Wilcockson draws on dozens of interviews with those who know him best to trace Armstrong's remarkable, yet controversial journey in vivid detail. Family members-including his adoptive father speaking publicly for the first time-recall Lance's humble origins in the backstreets of Dallas, the father he barely knew, his single mom's struggle for survival, and her second marriage that brought a move to the suburbs and new opportunities. His childhood friends and early mentors remember how he moved on from Little League baseball and football to excel at swimming, running, and triathlon, while living the life of a teenager who loved fast cars and pretty girls. They also describe the circumstances that eventually led to his taking up cycling. As Lance's fierce ambition drove him from the dusty plains of Texas to the snowy peaks of Europe, he was both admired and derided. He intimidated his rivals, earned the respect of his teammates, and astounded everyone with his extraordinary deeds. But his achievements have consistently been dogged by allegations of doping and secrecy, and questions of how triumph on such a grand scale could even be possible. So how did Lance become the supreme champion of his sport? He didn't do it alone. His compelling story is intertwined with the stories of those who helped shape his life and career, including his mother Linda, ex-wife Kristin, and one-time fiancee Sheryl Crow, along with those of his mentors, coaches, and friends. Their voices, along with those who helped him expand his cancer foundation into a worldwide movement, are integral to his unique story. Lance also reveals details, many for the first time, of how Armstrong's legendary training, near-fatal bout with cancer, repeated doping allegations, and hostile European media all pushed him to reach the pinnacle of his sport and rightly claim the title of the world's greatest champion.