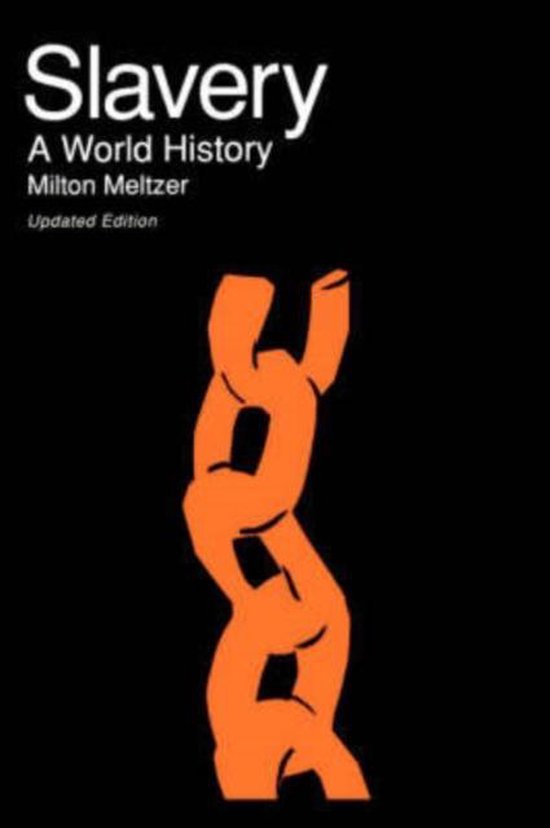 Slavery is not and has never been a peculiar institution, but one that is deeply rooted in the history and economy of most countries. Although it has flourished in some periods and declined in others, human bondage for profit has never been eradicated completely.In Slavery: A World History renowned author Milton Meltzer traces slavery from its origins in prehistoric hunting societies through the boom in slave trading that reached its peak in the United States with a pre-Civil War slave population of 4,000,000 through the forced labour under the Nazi regime and in the Soviet gulags and finally to its widespread practice in many countries today, such as the debt bondage that miners endure in Brazil or the prostitution into which women are sold in Thailand. In this detailed, compassionate account, readers will learn how slavery arose, what forms it takes, what roles slaves have performed in their societies, what everyday existence is like for those enchained, and what can be done to end the degrading practice of slavery.