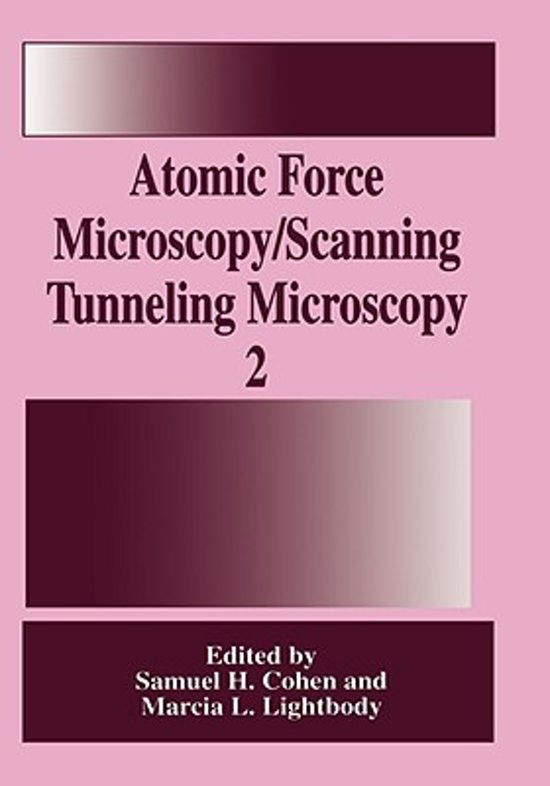 This book represents the compilation of papers presented at the second Atomic Force Microscopy/Scanning Tunneling Microscopy (AFM/STM) Symposium, held June 7 to 9, 1994, in Natick, Massachusetts, at Natick Research, Development and Engineering Center, now part ofU.S. Army Soldier Systems Command. As with the 1993 symposium, the 1994 symposium provided a forum where scientists with a common interest in AFM, STM, and other probe microscopies could interact with one another, exchange ideas and explore the possibilities for future collaborations and working relationships. In addition to the scheduled talks and poster sessions, there was an equipment exhibit featuring the newest state-of-the-art AFM/STM microscopes, other probe microscopes, imaging hardware and software, as well as the latest microscope-related and sample preparation accessories. These were all very favorably received by the meeting's attendees. Following opening remarks by Natick's Commander, Colonel Morris E. Price, Jr., and the Technical Director, Dr. Robert W. Lewis, the symposium began with the Keynote Address given by Dr. Michael F. Crommie from Boston University. The agenda was divided into four major sessions. The papers (and posters) presented at the symposium represented a broad spectrum of topics in atomic force microscopy, scanning tunneling microscopy, and other probe microscopies.