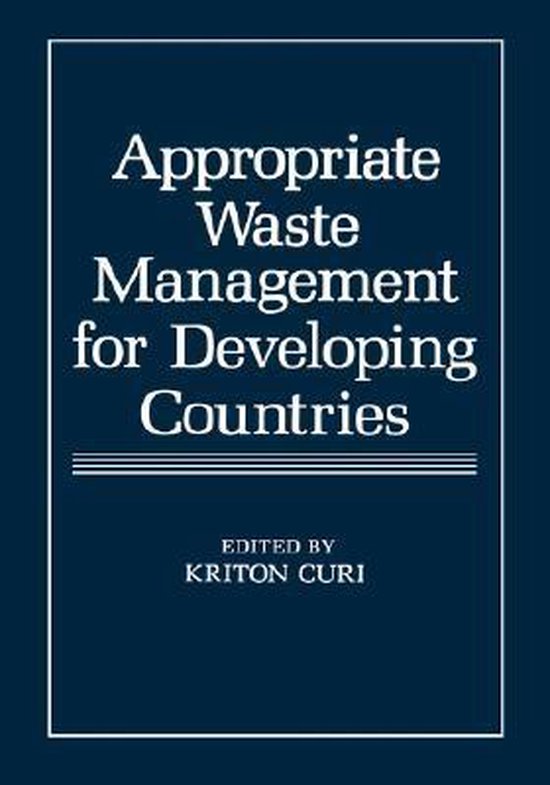 The importance of protecting the environment against pollution is an objective which gained international acceptance in the recent years. According to the first principle of the Declaration of the United Nations Conference on the Human Environment which took place in Stockholm in 1972, man .... bears a solemn responsibility to protect and improve the environment for present and future genera- tions . The United Nations again in their desire to improve the sanitation conditions allover the world decided to proclaim the period between 1981-1990 as the International Drinking Water Supply and Sanitation Decade. Although attempts have been made by inter- national organizations to prevent pollution, it is difficult to say that these attempts gave satisfactory results in developing countries. The most common reasons of failure are: a) To find solutions to their environmental problems, develop- ing countries usually seek the assistance of engineers and scientists from developed countries. Many times, how- ever, either out of ignorance of the local condition or due to financial motivations, these experts come out with solutions which are far from being considered as the most appropriate. As a result, the basic objective of protecting the environment is not achieved. b) Attempts made by developed countries to export their wastes - especially the hazardous ones - to the developing world, is another danger - and sometimes reason of failure- encountered in the field of Environmental Management.