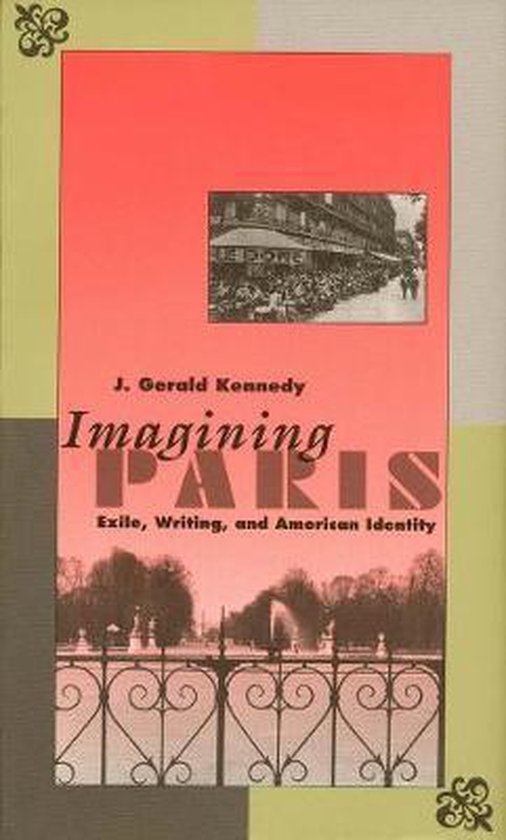 In this highly readable book, J. Gerald Kennedy explores the imaginative process of five expatriate Americans--Gertrude Stein, Ernest Hemingway, Henry Miller, F. Scott Fitzgerald, and Djuna Barnes--by showing how the experience of living in Paris shaped their careers and literary works. In a sensitive and lucid manner, Kennedy discusses the inner map of Paris each of these authors reconstructed out of their various struggles to accommodate themselves to a complex, foreign scene; to construct an expatriate self; or to understand the contradictions of American identity. The story of these five representative Americans is told by Kennedy so clearly that it seems obvious, as truth always does when it is said right. --Michael Reynolds, North Carolina State University A richly anecdotal study of the reactions to Paris if five American writers who lived and wrote there during the inter-war years--Gertrude Stein, Ernest Hemingway, Henry Miller, F. Scott Fitzgerald, and Djuna Barnes. --Michael Kenney, Boston Globe Kennedy's concept of place with its inherent dilemmas adds clear, fresh scholarship to the existing knowledge on the American expatriate writers. Recommended. --Library Journal There is much to commend in Professor Kennedy's study. --Geoffrey Moore, Financial Times Readers who enjoy the works of [Fitzgerald, Miller, Barnes, Stein or Hemingway] will welcome the chance to heighten their understanding of the writer by reading Kennedy's book. --Sarah Sue Goldsmith, Magazine [A] fluid and well researched book which teems with insight into literary lives. --Richard Edmonds, Birmingham Post A fresh approach to the works of five very familiar American writers. --Choice This is a marvellous book, not only because it is a lucidly written, provocative, and useful work of literary criticism, but also because it helps to open up a new field of critical inquiry. . . . Kennedy's work is pioneering because it deals with the imaginative interaction with place with the intelligence and sophistication the issue deserves. . . . not only a fascination account of American interactions with Paris, but also a model for other efforts to analyze the ways in which authors have dealt with the problem of place. . . . I recommend this book wholeheartedly to anyone interested in modernism, Paris, or the cultural meanings of travel, tourism, expatriatism, and exile. --Dana Brand, F. Scott Fitzgerald Society Newsletter [A] brilliant critical study. . . . Imagining Paris is a vital, engagingly written, and absorbing book. Kennedy has brought new insights to an overlooked aspect of literary studies. --James R. Mellow, Hemingway Review [A] stimulating study. . . . Recommended to anyone with an interest in American literature, Paris or exploring the concept of place as it is constructed through writing. --David Drake, Times Higher Education Supplement An attractively written and intellectually lively rereading of a significant generation of American writers. Imagining Paris not only approaches key texts with a fresh vision, but it also provides a methodological paradigm that might be exported to the study of other writers and other places. --Philip K. Jason, American Literature