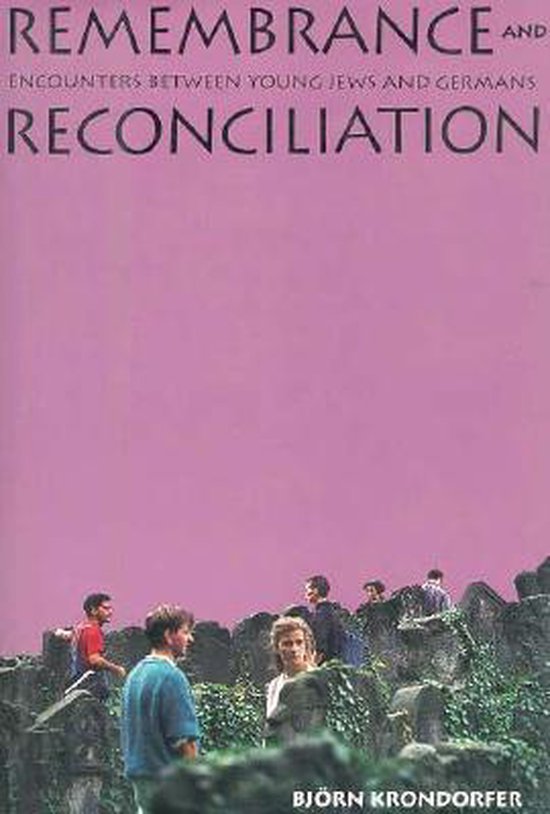 While much has been written about the impact of the Holocaust on survivors and their children, little is known about how the Holocaust has affected the third generation of Jews and Germans-the grandchildren of those who lived during the Shoah. When these young people try to get to know one another, they find they must struggle against a heritage of hard truths and half-truths, varying family histories, and community-fostered pride and prejudices. In this book Bjoern Krondorfer, who grew up in Germany and now lives in the United States, analyzes the guilt, anger, embarrassment, shame, and anxiety experienced by third-generation Jews and Germans-emotions that often act as barriers to attempts to reconcile. He then describes the processes by which some of these young people have moved toward an affirmative and dynamic relationship. Krondorfer points out that relations between Jews and Germans since the war have consisted of an uneasy truce that does not address the deeply felt pain and anger of each group. He then shows how new relationships can be forged, providing detailed accounts of the group encounters he arranged between post-Shoah American Jews and Germans. He describes how the participants reacted to oral Holocaust testimonies and to public memorials to the Holocaust, the creative work of a Jewish-German modern dance group to which Krondorfer belonged, and finally the students' responses to a trip to Auschwitz, where they developed the courage necessary to trust and comfort one another. Krondorfer argues that friendships between young Jews and Germans can be fostered through creative models of communication and conflict-solving and that their road to reconciliation may become a model for other groups in conflict.