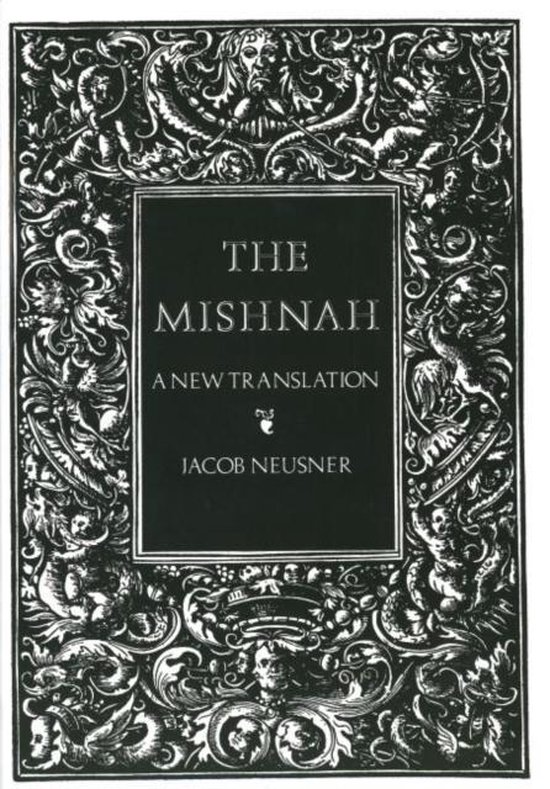 The eminent Judaica scholar Jacob Neusner provides here the first form-analytical translation of the Mishnah. This path-breaking edition provides as close to a literal translation as possible, following the syntax of Mishnaic Hebrew in its highly formalized and syntactically patterned language. Demonstrating that the Mishnah is a work of careful and formal poetry and prose, Neusner not only analyzes the repeated construction but also divides the thoughts on the printed page so that the patterned language and the poetry comprised in those patterns emerge visually. With meticulous methodology and with rare stylistic beauty of expression, Neusner. . . has produced an incomparable translation of the Mishnah, both new and innovative, which reflects the genius of the original Hebrew idiom. Neusner penetrates the Tannaitic mind, capturing its spirit, its subtle nuances, and its poetic cadences. . . A most impressive volume which transcends all previous versions of the Mishnah. -Choice The overall effect is a linguistic purity and simplicity which strives to capture not only the substance, but the spirit and style of the Mishnah's universe. . . . An artful and impressive addition. . . . It deserves not only admiration but serious attention as well. -Charles Raffel, Judaica Book News The work is significant because for the first time it makes available to student and scholar alike a rendition of the Mishnah which attempts to convey not only the substance of that document, but the highly patterned and formalized language which Neusner believes is the key to comprehending its contents. -Daniel H. Gordis, Hebrew Studies