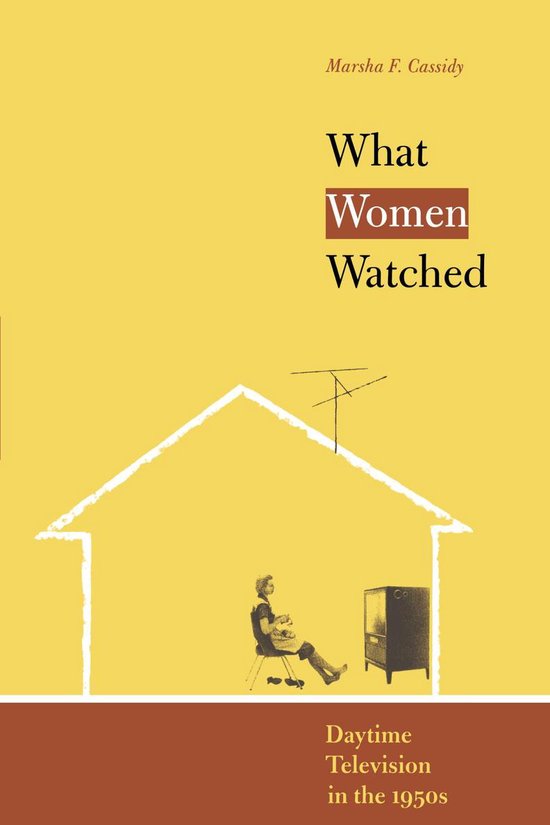 In this pathfinding book, based on original archival research, Marsha F. Cassidy offers the first thorough analysis of daytime television's earliest and most significant women's genres, appraising from a feminist perspective what women watched before soap opera rose to prominence.After providing a comprehensive history of the early days of women's programming across the nation, Cassidy offers a critical discussion of the formats, programs, and celebrities that launched daytime TV in America—Kate Smith's variety show and the famed singer's unsuccessful transition from patriotic radio star to 1950s TV idol; the "charm boys" Garry Moore, Arthur Godfrey, and Art Linkletter, whose programs honored women's participation but in the process established the dominance of male hosts on TV; and the "misery shows" Strike It Rich and Glamour Girl and the controversy, both critical and legal, they stirred up.Cassidy then turns to NBC's Home show, starring the urbane Arlene Francis, who infused the homemaking format with Manhattan sophistication, and the ambitious daily anthology drama Matinee Theater, which strove to differentiate itself from soap opera and become a national theater of the air. She concludes with an analysis of four popular audience participation shows of the era—the runaway hit Queen for a Day; Ralph Edwards's daytime show of surprises, It Could Be You; Who Do You Trust?, starring a youthful Johnny Carson; and The Big Payoff, featuring Bess Myerson, the country's first Jewish Miss America. Cassidy's close feminist reading of these shows clearly demonstrates how daytime TV mirrored the cultural pressures, inconsistencies, and ambiguities of the postwar era.