The Great Confusion in Indian Affairs 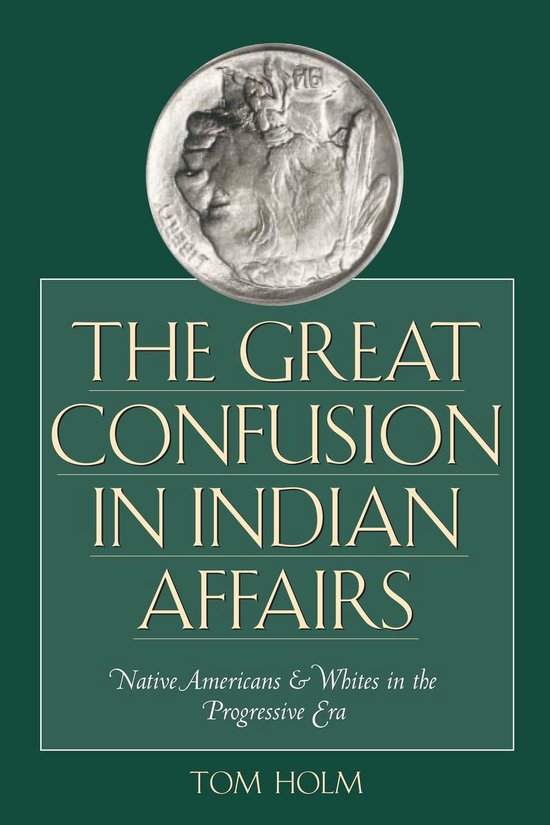 The United States government thought it could make Indians "vanish." After the Indian Wars ended in the 1880s, the government gave allotments of land to individual Native Americans in order to turn them into farmers and sent their children to boarding schools for indoctrination into the English language, Christianity, and the ways of white people. Federal officials believed that these policies would assimilate Native Americans into white society within a generation or two. But even after decades of governmental efforts to obliterate Indian culture, Native Americans refused to vanish into the mainstream, and tribal identities remained intact.This revisionist history reveals how Native Americans' sense of identity and "peoplehood" helped them resist and eventually defeat the U.S. government's attempts to assimilate them into white society during the Progressive Era (1890s-1920s). Tom Holm discusses how Native Americans, though effectively colonial subjects without political power, nonetheless maintained their group identity through their native languages, religious practices, works of art, and sense of homeland and sacred history. He also describes how Euro-Americans became increasingly fascinated by and supportive of Native American culture, spirituality, and environmental consciousness. In the face of such Native resiliency and non-Native advocacy, the government's assimilation policy became irrelevant and inevitably collapsed. The great confusion in Indian affairs during the Progressive Era, Holm concludes, ultimately paved the way for Native American tribes to be recognized as nations with certain sovereign rights.