The Negro and His Folklore in Nineteenth-Century Periodicals 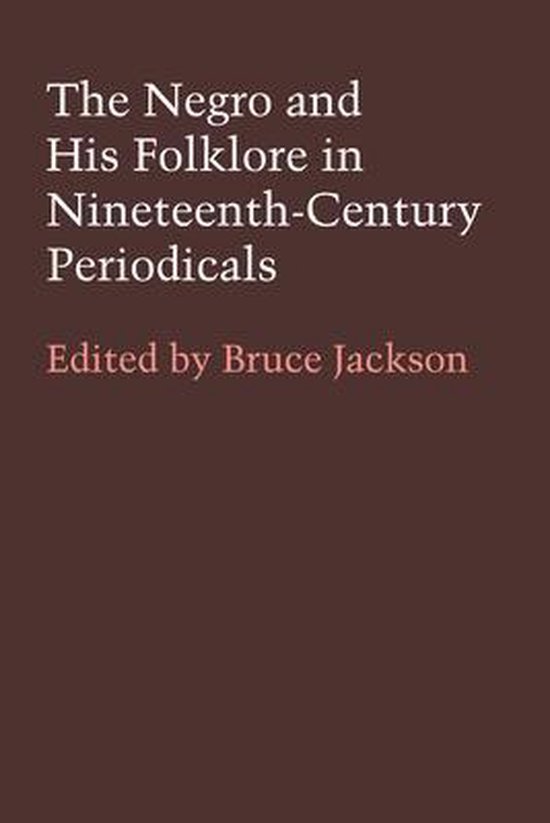 In the eyes of many white Americans, North and South, the Negro did not have a culture until the Emancipation Proclamation. With few exceptions, serious collecting of Negro folklore by whites did not begin until the Civil War-and it was to be another four decades before black Americans would begin to appreciate their own cultural heritage. Few of the earlier writers realized that they had observed and recorded not simply a manifestation of a particular way of life but also a product peculiarly American and specifically Negro, a synthesis of African and American styles and traditions. The folksongs, speech, beliefs, customs, and tales of the American Negro are discussed in this anthology, originally published in 1967, of thirty-five articles, letters, and reviews from nineteenth-century periodicals. Published between 1838 and 1900 and written by authors who range from ardent abolitionist to dedicated slaveholder, these articles reflect the authors' knowledge of, and attitudes toward, the Negro and his folklore. From the vast body of material that appeared on this subject during the nineteenth century, editor Bruce Jackson has culled fresh articles that are basic folklore and represent a wide range of material and attitudes. In addition to his introduction to the volume, Jackson has prefaced each article with a commentary. He has also supplied a supplemental bibliography on Negro folklore. If serious collecting of Negro folklore had begun by the middle of the nineteenth century, so had exploitation of its various aspects, particularly Negro songs. By 1850 minstrelsy was a big business. Although Jackson has considered minstrelsy outside the scope of this collection, he has included several discussions of it to suggest some aspects of its peculiar relation to the traditional. The articles in the anthology-some by such well-known figures as Joel Chandler Harris, George Washington Cable, Thomas Wentworth Higginson, John Mason Brown, and Antonin Dvorak-make fascinating reading for an observer of the American scene. This additional insight into the habits of thought and behavior of a culture in transition-folklore recorded in its own context-cannot but afford the thinking reader further understanding of the turbulent race problems of later times and today.