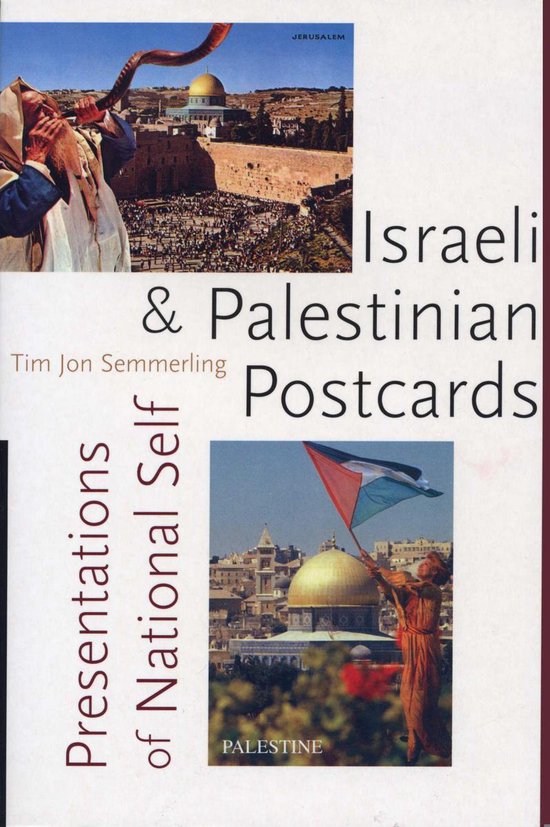 Searing images of suicide bombings and retaliatory strikes now define the Israeli-Palestinian conflict for many Westerners, but television and print media are not the only visual realms in which the conflict is playing out. Even tourist postcards and greeting cards have been pressed into service as vehicles through which Israelis and Palestinians present competing visions of national selfhood and conflicting claims to their common homeland.In this book, Tim Jon Semmerling explores how Israelis and Palestinians have recently used postcards and greeting cards to present images of the national self, to build national awareness and reinforce nationalist ideologies, and to gain international acceptance. He discusses and displays the works of numerous postcard/greeting card manufacturers, artists, and photographers and identifies the symbolic choices in their postcards, how the choices are arranged into messages, what the messages convey and to whom, and who benefits and loses in these presentations of national self. Semmerling convincingly demonstrates that, far from being ephemeral, Israeli and Palestinian postcards constitute an important arena of struggle over visual signs and the power to produce reality.