Heaven and Earth in Ancient Mexico 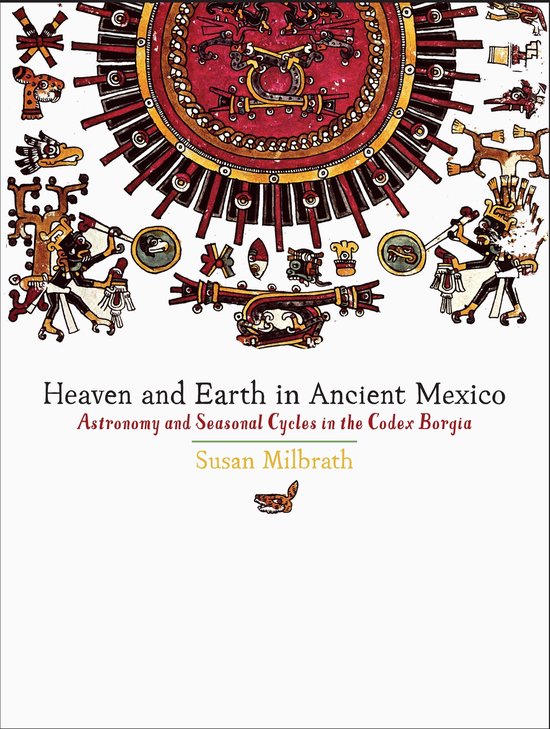 The Codex Borgia, a masterpiece that predates the Spanish conquest of central Mexico, records almanacs used in divination and astronomy. Within its beautifully painted screenfold pages is a section (pages 29–46) that shows a sequence of enigmatic pictures that have been the subject of debate for more than a century. Bringing insights from ethnohistory, anthropology, art history, and archaeoastronomy to bear on this passage, Susan Milbrath presents a convincing new interpretation of Borgia 29–46 as a narrative of noteworthy astronomical events that occurred over the course of the year AD 1495–1496, set in the context of the central Mexican festival calendar.In contrast to scholars who have interpreted Borgia 29–46 as a mythic history of the heavens and the earth, Milbrath demonstrates that the narrative documents ancient Mesoamericans' understanding of real-time astronomy and natural history. Interpreting the screenfold's complex symbols in light of known astronomical events, she finds that Borgia 29–46 records such phenomena as a total solar eclipse in August 1496, a November meteor shower, a comet first sighted in February 1496, and the changing phases of Venus and Mercury. She also shows how the narrative is organized according to the eighteen-month festival calendar and how seasonal cycles in nature are represented in its imagery. This new understanding of the content and purpose of the Codex Borgia reveals this long-misunderstood narrative as the most important historical record of central Mexican astronomy on the eve of the Spanish conquest.