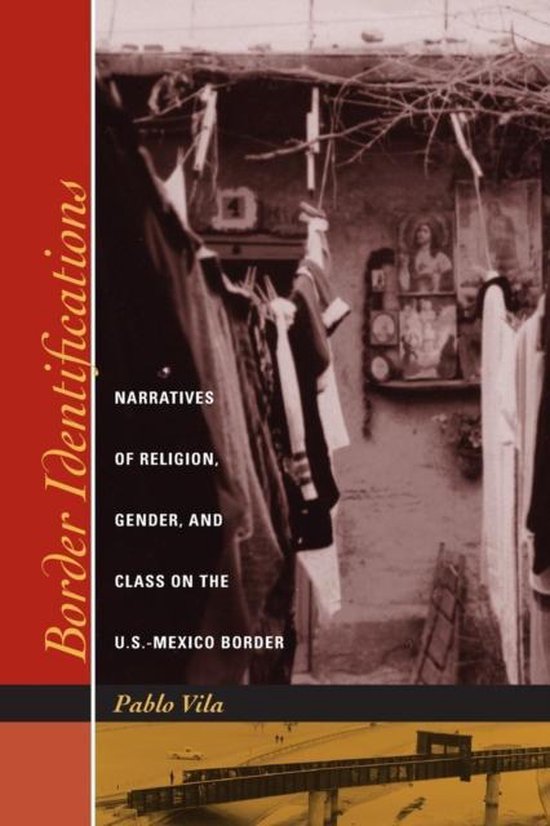 From poets to sociologists, many people who write about life on the U.S.-Mexico border use terms such as border crossing and hybridity which suggest that a unified culture-neither Mexican nor American, but an amalgamation of both-has arisen in the borderlands. But talking to people who actually live on either side of the border reveals no single commonly shared sense of identity, as Pablo Vila demonstrated in his book Crossing Borders, Reinforcing Borders: Social Categories, Metaphors, and Narrative Identities on the U.S.-Mexico Frontier. Instead, people living near the border, like people everywhere, base their sense of identity on a constellation of interacting factors that includes regional identity, but also nationality, ethnicity, and race. In this book, Vila continues the exploration of identities he began in Crossing Borders, Reinforcing Borders by looking at how religion, gender, and class also affect people's identifications of self and others among Mexican nationals, Mexican immigrants, Mexican Americans, Anglos, and African Americans in the Cuidad Juarez-El Paso area. Among the many fascinating issues he raises are how the perception that all Mexicans are Catholic affects Mexican Protestants and Pentecostals; how the discourse about proper gender roles may feed the violence against women that has made Juarez the women's murder capital of the world ; and why class consciousness is paradoxically absent in a region with great disparities of wealth. His research underscores the complexity of the process of social identification and confirms that the idealized notion of hybridity is only partially adequate to define people's identity on the U.S.-Mexico border.